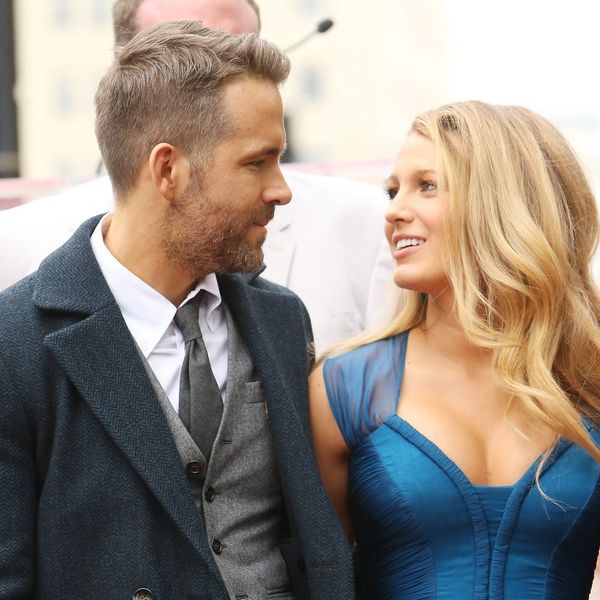 With the Critics’ Choice Awards, awards season has begun (a month early, no less!), and things will keep right on rolling this Sunday with the 2017 Golden Globes. While we’re practically giddy with excitement over all the new red carpet looks we’re sure to see (peep our recap of 2016’s best looks in the meantime), we’re also very much looking forward to see who arrives with whom. From Blake and Ryan to SJP and Matthew Broderick, the stage is set for all our most beloved celeb couples to arrive arm-in-arm. And who knows? Maybe we’ll see some new faves to boot (we’re looking at you, Mandy Moore and Gina Rodriguez)! Find out who we’re most excited to see together below.

Thank you @prabalgurung for the chicest of dresses. And @karlawelchstylist and @ecduzit for finding it and putting it on my body. What a fun night! Oh and thanks to @dawestheband for being the most handsome date ever. 💗

1. Mandy Moore + Taylor Goldsmith: Mandy Moore is having a good year: Girl is not only living her truth when it comes to her family and starring on a hit TV show with This Is Us, but she seems to have bounced back from her 2016 divorce from Ryan Adams better than ever — no doubt in large part thanks to her new guy, Taylor Goldsmith.

Barring lack of a babysitter for little James and Ines, Hollywood’s golden couple will likely be arm-in-arm on the carpet, thanks to Ryan’s big nom for Best Actor in a Comedy (Deadpool). Might we suggest Aunty Tay? (Photo via Axelle/Bauer-Griffin/Getty)

Nicole and Keith are always uber supportive of one another — she joined him onstage in Nashville for New Year’s Eve, while he came to her rescue during an awkward interview with Jimmy Fallon — so we can’t imagine he won’t be by her side come Sunday night, when she’s up for Best Supporting Actress in Lion. (Photo via D Dipasupil/Getty)

Considering that BOTH Keri and husband Matthew Rhys are nominated for Golden Globes (she for Best Actress in a Drama in The Americans; he for Best Actor in the same), we think it’s pretty safe to say they’ll both be on hand. Talk about a talented couple! (Photo via Roy Rochlin/Getty)

SJP has been out of the TV scene for quite some time, so longtime hubby Matthew is sure to be rooting for her as she makes her way back into the spotlight with a nomination for Best Actress in a Comedy courtesy of new series, Divorce. (Photo via Jean Baptiste Lacroix/Getty)

6. Gina Rodiguez + Joe LoCicero: Though they just made their official couple debut this November, these two seem to be going strong, and, given their PDA thus far, we’ll fully expect to see some lovey-doviness between the two at the awards show. (Photo via Michael Kovac/Getty)

Holland wasn’t able to be at the Emmys to see girlfriend Sarah Paulson take home her big win for her role as Marcia Clarke in The People Vs. OJ Simpson, but judging by the adorable tweets she sent to her partner that night, we’ve got a sneaking suspicion she’ll be all too happy to attend the GGs with her bae, who, incidentally, is once again up for Best Actress in a Mini-Series or TV movie for the same role. (Photo via Bruce Glikas/Getty)

Okay, okay, so these two aren’t officially back together (yet), BUT, they can’t seem to stop professing their love for one another (Andrew recently gushed that he’d bring her along on a deserted island if he had to choose and she told Vogue she still loves him), and they’re both nominated for a Globe (he for Best Actor in a Drama for Hacksaw Ridge and she for Best Actress in a Comedy for La La Land), sooooo… maybe seeing one another all decked out on the red carpet will be enough to seal the deal? Hey, it worked for Katy Perry and Orlando Bloom, right? (Photo via Jim Spellman/Getty)
Nicole Briese
Nicole is the weekend editor for Brit + Co who loves bringing you all the latest buzz. When she's not busy typing away into the wee hours, you can usually find her canoodling with her fur babies, rooting around in a bookstore, or rocking out at a concert of some sort (Guns N' Roses forever!). Check out all her latest musings and past work at nicolebjean.com.
Celebrity Couples
Celebrity News
Celebrity Couples love Red Carpet
More From Celebrity News