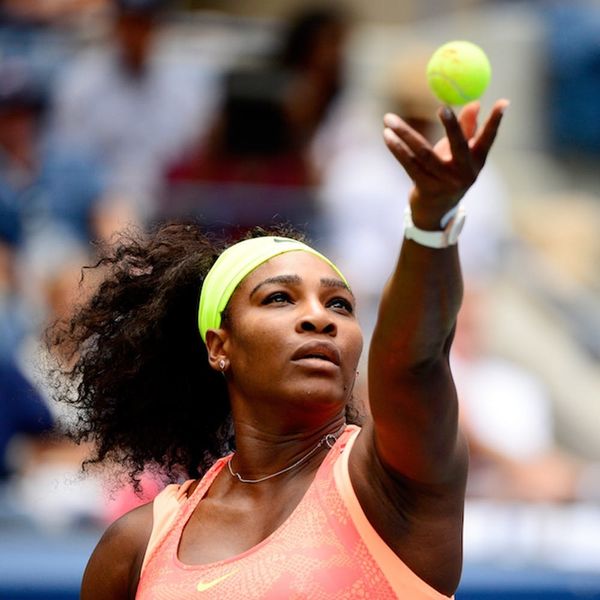 Serena Williams is a lot of things — she’s currently the number one ranked women’s singles tennis player in the world with a score of titles so long, her career achievements alone get their own Wikipedia page (for real), she’s a dedicated philanthropist and a body positive role model. She’s already practically superhuman but an incident that went down the other night at a restaurant proves Serena can now add “supergirl” to her rez.

On her verified Facebook page, Serena shared an anecdote that happened last night while she was out at dinner catching up with a friend. Her phone was laying on the seat beside her, she noticed a restaurant patron lingering by her table and she felt something was off. In her post, she wrote, “This guy is standing next to me and something (I have now dubbed it my SUPERHERO sense) told me to watch him … He was there too long. ‘Is he a customer?’ I thought ‘Is he waiting on the bathroom?’ Nonetheless I tried to shake his this eerie feeling. However, I kept watching him from the corner of my eye.”

Her intuition proved correct when the man snatched up her phone suddenly and took off out of the restaurant. But he soon learned you don’t mess with Serena Williams. “I looked at the chair, than shouted, “OMG, that dude took my phone!!” Not thinking. I reacted … I jumped up, weaved my way in and out of the cozy restaurant (leaping over a chair or two) and chased him down.”

Hold on, it gets even more enthralling. “He began to run but I was too fast. (Those sprints came in handy) I was upon him in a flash!” she wrote. Go, Serena, go! And when she caught up to him, she said, “In the most menacing-yet-calm no nonsense voice I could muster, I kindly asked him if he ‘accidentally’ took the wrong phone. He stumbled on his words, probably not expecting this to happen … eventually he said ‘Gosh, you know what? I did! It was so confusing in there. I must have grabbed the wrong phone,'” she said. Ha! Grabbed the wrong phone. Sure. Super gracious of her to give the thief an out.

And there’s a happy ending too. “When I got back into the restaurant I received a standing ovation. I was proud. I just showed every man in there I can stand up to bullys and other men. It was a win for the ladies!” She concluded her story by saying, “Just because you are a lady don’t be afraid to step up to any challenge and not be a victim but a hero!”

What do you think of Serena’s anecdote? Tell us in the comments below!

Kimberly Wang
Kimberly Wang writes about all things pop culture, tech, style, and beauty. She's a Bay Area transplant and has an MFA in Creative Writing from Columbia University. On a sunny New York day, you can find her hanging out with her mini schnauzer Isabelle Jellybean on a blanket in Central Park.
Pop Culture