How Serena Williams Perfectly Responded to Her Haters 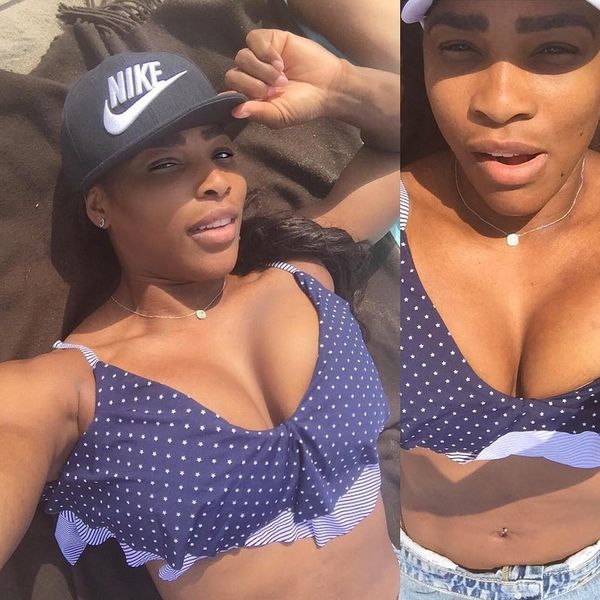 This past weekend 33-year-old Serena Williams defeated Garbine Muguruza and took home the Wimbledon trophy for the sixth time. But unfortunately, a lot of the chatter surrounding her pivotal moment in sports history has not been about her epic win, but rather about her body and facial features.

After a controversial story was published in the New York Times about Serena’s build, the Internet exploded with comments either about how much they loved her or about how, in the words of one Twitter user, “she is built like a man.” J.K. Rowling even got involved by personally responding to the Twitter troll who wrote that comment by posting the above stunning photo a Serena in a dress alongside the caption, “‘She is built like a man’. Yeah, my husband looks just like this in a dress. You’re an idiot.”

As if that wasn’t enough, folks were also commenting on the state of Serena’s eyebrows during the tournament. The star received comments like: “Serena Williams may of won but seriously those eyebrows!!” or “I’m currently having a little breakdown over Serena Williams’ eyebrows, they make me want to cry and throw tweezers at her.” While the champion tennis player has remained mum about the social media madness (because, you know, she’s just been busy being a super awesome athlete), she has finally taken to Instagram to acknowledge the comments.

Lol finally getting them shaped! Hahahha #haters I love you!!! Hahah but I still like them all natural! But for now you win lol 😘😘💋💋😜

Earlier today Serena posted a video while getting her eyebrows done. She captioned the photo, “Lol finally getting them shaped! Hahahha #haters I love you!!! Hahah but I still like them all natural! But for now you win lol.” It’s okay, Serena. You had bigger things to worry about last week. And we love big brows, anyways.

A few hours later she posted another selfie of her looking gorgeous in a bikini top soaking up some sun. For this snap she kept it brief, simply writing, “Beach day in Sweden.”

Now, that that’s all cleared up maybe let’s all leave Serena alone while she basks in her new title – oh ya, and that $1.88 million in prize money.

What female athlete do you look up to? Share with us in the comments below.