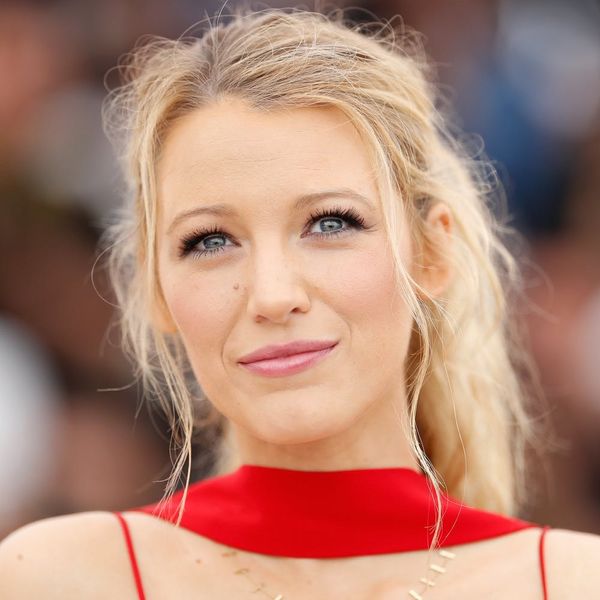 Being in the spotlight means people are prone to causing controversy, and Blake Lively certainly knows what that’s about. From her fashion show faux pas to her plantation wedding, The Shallows star has caught heat for plenty — some perhaps warranted and others, maybe not. Now it’s the star’s “Oakland booty” Instagram comment that has upset some folks, or rather, her use of Sir Mix-a-Lot’s “Baby Got Back” lyrics. But the rapper himself has gotten into the mix and is defending Blake.

It all started when Blake posted pics of herself in Cannes, one pic from the front and one from the back, with the caption, “L.A. face with an Oakland booty.” While fans were quick to claim she was just being cheeky and referencing the popular ‘90s song, others called the actress “tone deaf” and accused her of making a racist move. “Another day, another rich white woman using WOC’s bodies as a punchline and commodity,” was one Twitter user’s take on the sitch.

But Sir Mix-a-Lot had a different view. “For her to look at her butt and that little waist and to say, ‘L.A. face with an Oakland booty’ doesn’t that mean that the norm has changed, that the beautiful people have accepted our idea of beautiful? That’s the way I took it,” he said to Pret-a-Reporter.

He then added, “That song was written with African-American women in mind, but trust me, there are white women with those curves everywhere, and they were once considered fat. And that’s what the song was about. It wasn’t about some race battle.”

Blake herself has yet to comment, and as she tends to ignore any controversy buzzing around her choices, it looks like Sir Mix-a-Lot might have the last word. And those last words will probably be, “Little in the middle but she got much back!”

Do you agree with Sir Mix-a-Lot? Tweet us @BritandCo!