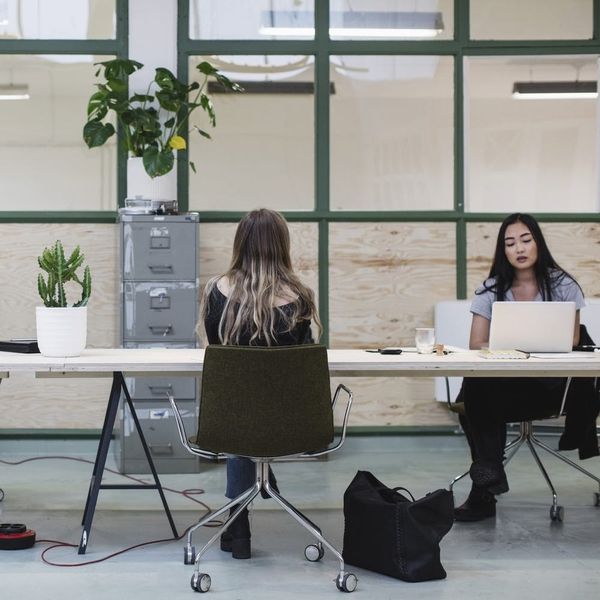 You’ve probably heard the scary stats about all the ways sitting too much takes a toll on your body. Lower back pain, increased risk of heart disease, and even reduced lifespan have led many public health experts to proclaim “sitting is the new smoking.” Just when you thought sedentary behavior couldn’t get a worse reputation, new research shows that this type of inactivity affects not only our bodies but also our brains.

In a recent peer-reviewed study, scientists at UCLA asked subjects to complete reports on their own sedentary behavior. These reports were then compared with MRIs of the subjects’ brains. The result: There was a link between excessive sitting and a reduced thickness in the medial temporal lobe of the brain, the region responsible for memory and certain forms of perception. (If only sitting could make other parts of the body thinner, amirite?)

Perhaps this connection shouldn’t come as too much of a surprise, since previous studies have associated physical inactivity with diminishing brain cells, and regular aerobic exercise has been shown to increase brain volume. But this latest research appears notable for the link it establishes with this specific region of the brain, and the serious consequences it implies for how sitting may impact memory, especially as we age. Essentially, too much time on your bum may lead to impaired episodic memory — the ability to remember autobiographical events. For all the comforts sitting affords us, it may not be worth this steep price down the road.

If you struggle to reduce sitting in your lifestyle — whether due to a desk job, long driving commute, or other circumstances — you may be hoping for a silver lining (or wondering if the damage has already been done). Can the negative effects of sitting on the body and the brain be reversed?

Thankfully, yes. “The brain is amazingly adaptable,” says neuroscientist Stephanie Shorter, PhD. “Reversible changes from being sedentary and recovering from injury can happen with moderate physical exercise in as little as two weeks.” One study showed that even people who already suffered from cognitive impairment were able to add back thickness to this critical brain region by including more activity in their routine. So if you have a history of sitting, all is not lost. It’s just a matter of finding ways to get back on your feet — literally.

For suggestions on how to sit less in an average day, we spoke to Carrie Schmitz, wellness research manager at the standing desk retailer Ergotron. “We tend to be biased in favor of sitting and may have lost the core strength needed to sit and stand with a stable, neutral posture,” says Schmitz. Because most people aren’t used to standing as often as research indicates we should, she recommends a slow transition called “stand-and-switch.” If you’re able to request a standing desk at work, or if you’ve invested in one at home, start by sitting for 50 minutes, with a 10 minute standing period. Up the ante by adding another 10 minutes of standing each week until you’re on your feet about 30 minutes out of every hour. (Two to four hours of standing out of an eight-hour workday appears to be optimal.)

Other practical tips to stand more and sit less at work include going for a brisk walk on breaks, getting up during phone calls, and asking coworkers for stand-up meetings. At home, work on some yoga poses during your favorite TV series, make a habit of an after-dinner walk, or try a mini trampoline as a cheaper alternative to a treadmill.

And you don’t have to let the pendulum swing too far in the direction of standing. Spending the entire day on your feet comes with its own risks. “Occupations where people cannot sit down can aggravate varicose veins, plantar fasciitis, and arthritic joints,” says Schmitz. Other research indicates that too much standing can damage the cardiovascular system. As with most things health-related, strive for balance, with frequent alternation between standing and sitting. Your body — and your brain — will thank you.

Have you taken steps to reduce your sitting? Tweet us at @BritandCo!

Sarah Garone
Sarah Garone is a mom, wife, nutritionist, and freelance writer in Mesa, AZ. She loves music and travel, speaks fluent German, and does a lot of running (to counterbalance the surprising amount of cookies she eats for being a nutritionist). Find her sharing great recipes and helpful nutrition info at A Love Letter to Food.
Healthy Living
Health
Healthy Living Self Care
More From Health