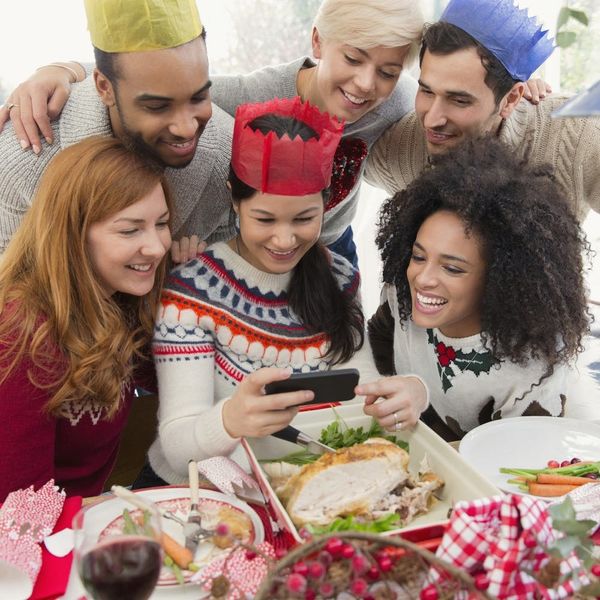 The holidays are all about being together with friends and family. But if you aren’t able to get together and eat a feast with everyone you love, Snapchat is stepping in to make getting together (virtually) easier than ever.

On Tuesday, Snapchat introduced a brand new feature called “groups” that allows you to chat with up to 16 people at a time. So every snap you send can now go straight to everybody you want to see it, and everyone can see everybody else’s reactions. But the group chats maintain a lot of OG Snapchat features — the messages will auto-delete after 24 hours and they can only be opened once (and replayed once) by everybody in the group.

Alongside groups, Snapchat unveiled a new tool called “scissors.” This new feature allows users to cut out certain parts of their snaps and save them as stickers to use on future snaps. So if you’re making a face that’s too good to be viewed only once, cut it out and stick it on all your snaps going forward. We predict that one of your friend’s faces is about to become the ultimate (and iconic) Snapchat sticker for your group messages.

Have you tried Snapchat group message yet? Let us know what you think @BritandCo!

Cailey Rizzo
Cailey is a junkie for all things pop culture. She studied journalism and English literature at SUNY Purchase, then continued studying French cinema and literature at Paris IV Sorbonne. She currently lives in New York where she can often be found singing '70s music at karaoke bars.
Snapchat
Tech
Snapchat Tech News