What?! THIS Is What Those Lines on Solo Cups Actually Mean 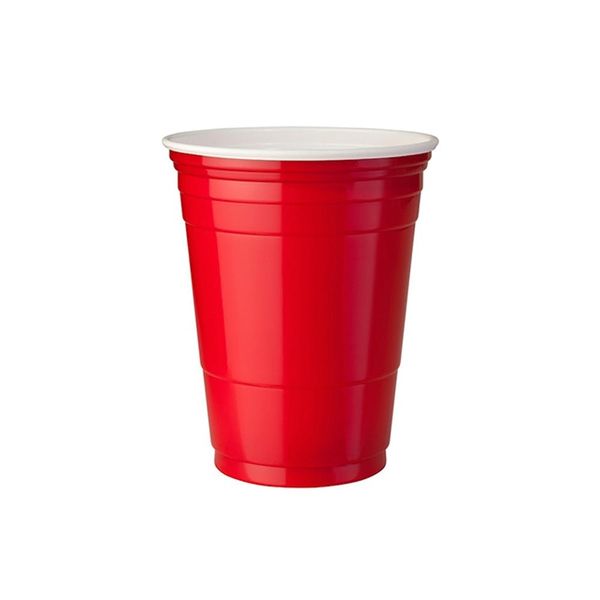 Red Solo cup, we lift you up… usually to put a portable cocktail in you. But did you know that Solo cups have been on the American landscape since the ’30s? They were first on the scene as paper cups, and then in the ’70s were reintroduced in plastic form, causing a to-go-cup frenzy in America. Cue Animal House, backyard BBQs and campouts. But this iconic cup has a few tricks hidden up its sleeves, including the fact that they were first (aptly) called Party Cups, and came in several sizes and colors. And now we have learned that there’s more to those grip lines than meets the eye.

It turns out that those lines on the cups are actually there to help you measure your drink! Starting from the bottom up, they measure one ounce (bottom line), five ounces (second line), 12 ounces, 16 ounces and 18 ounces, making them the perfect measurements for, in fluid ounce order: a shot of whiskey, a pour of wine, a can of beer or soda and a pint, respectively. The 18-ounce line is for any ice overflow within your mixed drink or soft drink.

While the Solo cup’s owner dismisses any relations between these measurements and their lines, it’s too near perfect to be a coincidence. The name brand has since changed its design, but the generic holds fast to the traditional lines. Our favorite use happens to be as a substitute for a measuring cup — perfect for baking on the fly. Thanks, Solo cup!

What’s your favorite pour into this iconic piece of America? Tell us in the comments!