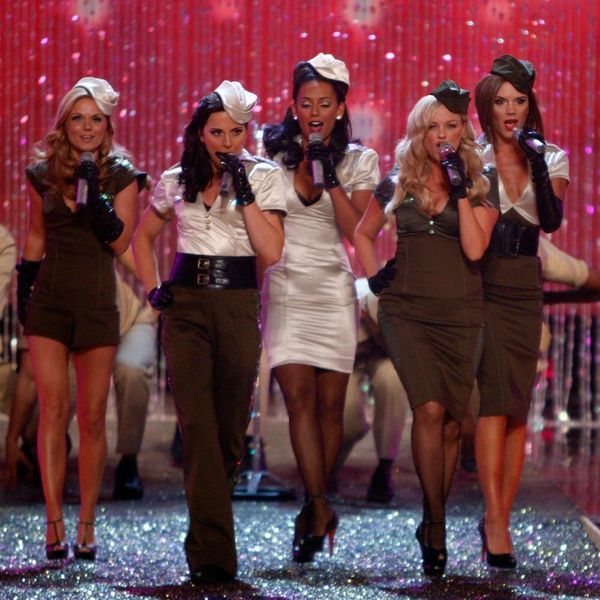 The Spice Girls reunion has been teased for years now — it even half-happened in 2016 — but the most recent update from the group seems to confirm that the real deal might be closer than ever. Sporty, Posh, Baby, Ginger, and Scary reunited today, posing for a photo that has fans freaking out on social media.

The pic of the five women — also known as Mel C., Victoria Beckham, Emma Bunton, Geri Halliwell, and Mel B. — was originally posted by Beckham, which is especially meaningful since she was reportedly uninterested in a reunion when rumors first started flying several years ago.

“Love my girls!!! So many kisses!!! Exciting,” she wrote, cryptically. When Baby Spice shared the same photo, she teased that the “future is looking spicy,” while Ginger, in her post, said that girl power was alive and well. Eee!

So, what does it all mean?! Some unconfirmed reports suggest the women won’t record new material or perform, but will work together to promote a greatest hits release, as well as participate in other endorsement deals and unnamed projects.

That hasn’t stopped fans from assuming the best, however, as many took their freak-outs to Twitter.

Nothing official has been announced from the Spice Girls’ camp just yet — but we’ll be waiting to see what comes of it.

Would you like to see a Spice Girls reunion? Let us know @BritandCo!