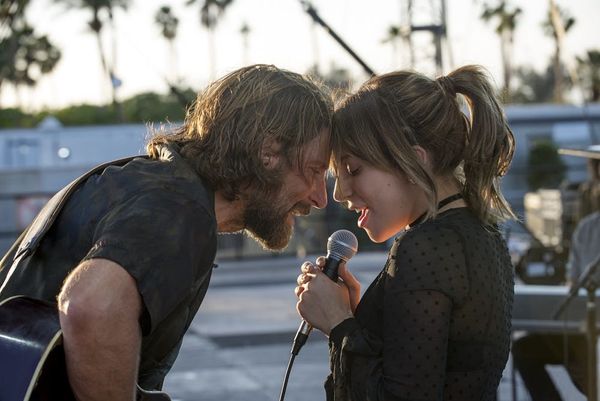 After a fairly successful run during the 2019 awards season — including a Best Original Song win for Lady Gaga and “Shallow” at Sunday’s Oscars ceremony — A Star Is Born is returning to theaters with new footage.

According to a press release from Warner Bros., the special “encore” version of the film will feature extended performances of the songs “Black Eyes,” “Alibi,” and Lady Gaga’s a cappella performance of “Shallow.” Additional footage of the wedding between Lady Gaga’s character, Ally, and Bradley Cooper’s character, Jack, will also be included, along with more of Ally’s performance of “Is That Alright?” which she sang to her new husband.

Other new scenes include Jack singing “Too Far Gone,” as well as Ally and Jack writing a new song called “Clover.” In total, there will be nearly 12 extra minutes of footage added to the flick — which means 12 extra minutes of swooning and sobbing your eyes out.

Gaga and Cooper performed an intimate version of the award-winning “Shallow” during the 2019 Oscars telecast, taking the stage from their front-row seats before eventually sitting side-by-side at a piano and ending the duet with their faces pressed cheek-to-cheek. The reactions, both in the Dolby Theatre in LA and from viewers at home, were rapturous, and many people watching shipped the duo as though they were their A Star Is Born characters truly come to life.

The expanded version of A Star Is Born will be shown in 1,150 theaters starting on Friday, March 1.

Will you see the expanded version of A Star Is Born? Let us know @BritandCo!