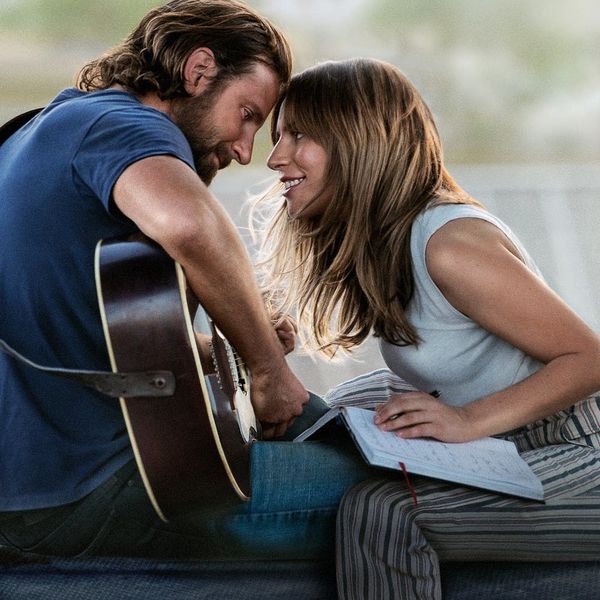 Lady Gaga and Bradley Cooper’s much-anticipated A Star Is Born remake is due in theaters on October 5. That same day, Interscope Records will drop the movie’s soundtrack, which features several duets and solo tracks from the film’s stars.

Interscope revealed the details of the soundtrack on Thursday, August 30. The 34-track album will feature 19 songs and 15 tracks of dialogue from the movie, to “take listeners on a journey that mirrors the experience of seeing the film,” according to the record label.

A Star Is Born follows the professional and romantic arc of two musicians. Jackson Maine (Cooper) is battling personal demons and a fading star when he meets Ally (Gaga), an up-and-coming singer who is facing personal problems of her own. The two fall in love, and with Jackson’s help, Ally becomes a star in her own right, as he struggles with his own floundering career.

Both Gaga — starring in her first major film role — and Cooper contributed to the songwriting on the album, which consists of solo songs from each as well as duets. Additionally, Cooper co-wrote the film, a third remake of the 1937 original. The highly anticipated flick also serves as his directorial debut.

Check out the full track listing for the A Star Is Born Soundtrack below.

3. Somewhere Over The Rainbow

9. “Out of Time” – Performed by Bradley Cooper

14. “Music To My Eyes” – Performed by Lady Gaga and Bradley Cooper

15. “Diggin’ My Grave” – Performed by Lady Gaga and Bradley Cooper

17. “Always Remember Us This Way” – Performed by Lady Gaga

23. “I Don’t Know What Love Is” – Performed by Lady Gaga and Bradley Cooper

Are you excited for A Star Is Born and its soundtrack? Let us know @BritandCo!