That Stephen Colbert Joke About the President Was Actually Homophobic 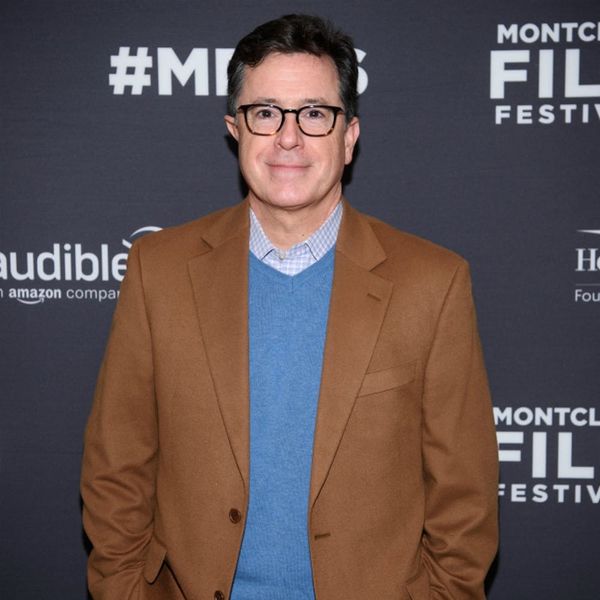 Stephen Colbert has been known to sometimes be a little over the top with his humor. While his run on The Late Show has been pretty tame, sometimes the comedian goes a little further than expected with his jokes. While it’s no secret that Colbert (like some) is not a fan of the President, a joke he made earlier this week was not only unfunny; it was downright homophobic.

On Monday night’s episode of The Late Show With Stephen Colbert, the comedian made a joke about President Trump’s relationship with Russian President Vladimir Putin using some language that implied they had a sexual relationship. Both Democrats and Republicans alike called out the host for the joke, stating that not only was it pretty tasteless, but it’s also wildly homophobic.

Call your friends. We're back with ALL-NEW episodes this week! #LSSC

Since being called out, Colbert has apologized, saying, “I’m not going to repeat the phrase, but I just want to say for the record, life is short, and anyone who expresses their love for another person, in their own way, is to me, an American hero.” But, the damage is done.

If we continue to use gay relationships as a pun, or use homosexuality as a form of insult, we’re telling gay people that their lives are funny and their relationships are joke-worthy. While some might argue that this is not a big deal, most people agree that microaggressions such as this can be detrimental to the general acceptance of gay relationships.

Hopefully, Colbert has truly learned from his mistake and we see even fewer jokes that call out gay relationships.

What do you think of Colbert’s joke? Tell us @BritandCo!

Kat Armstrong
Kat has been a writer, social media maven and mom for longer than she's willing to admit. She's also spent time in front of and behind the camera, interviewing celebs, politicians and acting as a producer for fashion and artistic photography shoots. When she isn't writing for various orgs and publications, she's hanging with her kids, husband and French Bulldog, Peter, in Toronto, Canada.
LGBTQ
Current Events
LGBTQ Politics
More From Current Events