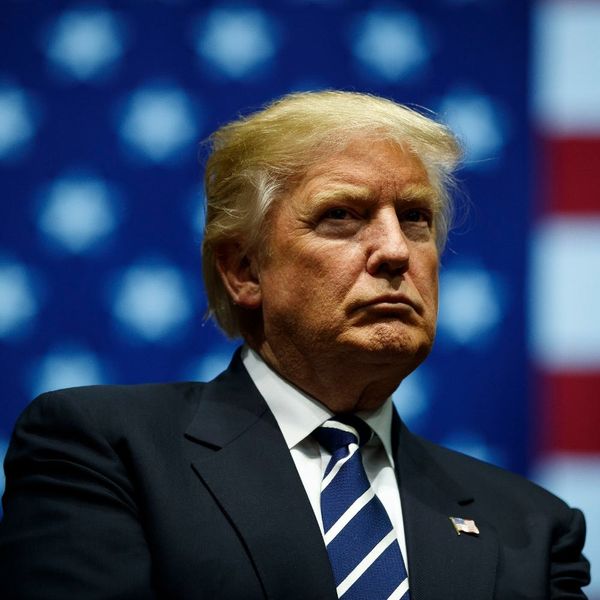 Another day, another strange story involving President Trump. He may be on unfriendly terms with Saturday Night Live, Rosie O’Donnell, and even his former biggest LGBTQ supporter Caitlyn Jenner (to name just a few of his foes), but now a possible feud has sparked between the President and McDonald’s, and folks are freaking out.

Today at 9:15am, someone tweeted an, er, unfavorable opinion of President Trump from the official McDonald’s Twitter account, saying, “@realDonaldTrump You are actually a disgusting excuse of a President and we would love to have @BarackObama back, also you have tiny hands.” Ouch.

The post was even pinned to the top of their profile where it earned a helluva lot of attention in the mere 20 minutes it was up before being deleted.

However it happened, Twitter is having a field day over it, with some folks loving it as hard as others are hating it, and still more who are just getting a good chuckle out of the super weird sitch…

Grimace: IT WAS AN INTERN, I SWEAR!!

Trump: *thinking* (yeah, I've used that one before) pic.twitter.com/huXXESYwpa

Oh damn, so I guess it's not just McDonald's coffee that can cause sick burns. pic.twitter.com/M4Thrdmnrg

McDonald's Twitter was hacked. They're claiming it was the McRussian's.

If @McDonaldsCorp puts this tweet back up I will eat McDonald's every day for a month pic.twitter.com/XCKxEDqyft

when tomorrow is ur last day at wendys but someone at mcdonalds is determined to upstage u!!! pic.twitter.com/O4BxANjiC9

Me in 2007: Too many french fries make my tummy hurt

Me in 2017: The Hamburglar plays an integral role in resisting the drumbeat of fascism

@McDonalds if you don't apologize to @realDonaldTrump then you own it.

@McDonaldsCorp @McDonalds 's If I'm starving l still won't eat there for your vile words against President Trump. HE IS YOUR PRESIDENT TOO!

@McDonaldsCorp @McDonalds Yeah, like they all say when ugly things happen on Twitter. Time to dump McDonald's and support the President.

And, obvs, some think it was just for attention…

Maybe this McDonald’s thing is just a press stunt?

What do you think about McDonald’s Trump tweet? Let us know @BritandCo!

Desiree O
Desirée O is a ‘Professional Bohemian’ who loves anything and everything related to the arts, entertainment, and pop culture. She ADORES being a ‘Newsy’ for Brit + Co, covering all of the latest tidbits of awesomeness that you want to read about. When she’s not writing, she’s either making messy art, going on long adventurous walks with her camera, or poking around over at bohemianizm (http://www.bohemianizm.com/). You can find out about Desirée O and her work at http://DesireeO.com/ or follow her on Twitter @DesireeO.
Politics
Entertainment
Politics twitter