This Is What Actually Makes You Happy in a Relationship 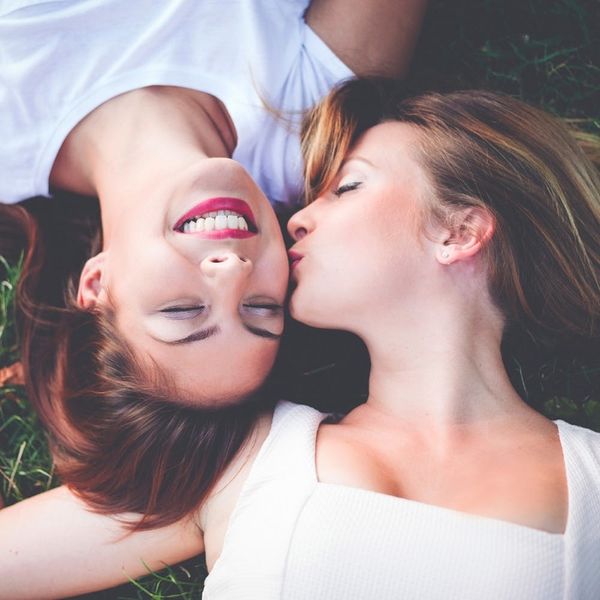 Whether you’ve found Mr. Right or are wondering if your bae is just Ms. Right Now, you may have turned to relationship science or compatibility questions to figure out the secrets to lasting love. There are even relationship analyzer apps out there now, in case you think you might be “wasting your time” (come on, people — life’s all about experiences, right?). Between sharing common interests, trusting each other fully and maintaining that passion, there’s already a lot to consider when you’re determining if you and your boo can work long-term. Now, science says there could be evenmore to it.

According to a new University of Texas at Austin (UT Austin) study published in Evolution & Human Behavior, how happy you are in your relationship AND how much effort you put into keeping your partner depends on how you compare your partner to other potential mates.

For the study, UT Austin psychology researcher Daniel Conroy-Beam and his collaborators simulated a mating pool from 119 men and 140 women who had been in relationships for an average of seven and a half years (#RelationshipGoals). Each participant rated the importance of 27 traits (like intelligence, health, kindness, attractiveness, dependability, financial prospects, etc.) in an ideal partner, as well as how much they felt each trait described both their actual partner and themselves. Participants also reported their relationship satisfaction and happiness.

Next, researchers calculated the “mate value” — or how desirable they were, based on the group’s average ideal preferences — of participants and their partners. Turns out, being satisfied in a relationship doesn’t depend on how well partners matched the traits of the “perfect mate” but whether or not other people in the dating pool better matched their ideal preferences. Also, if a participant said that they had less desirable traits than their partner, they were generally happy in the relationship.

“Satisfaction and happiness are not as clear cut as we think they are,” Conroy-Beam said. “We do not need ideal partners for relationship bliss. Instead, satisfaction appears to come, in part, from getting the best partner available to us.”

In a follow-up study, Conroy-Beam and his team tested how much effort participants put into keeping their mate. The people who had partners who were more difficult to replace — either because they thought their partner was more desirable than themselves or because they had more ideal traits than the majority of the group — were happier and worked harder to keep the relationship.

Maybe this explains why you don’t put much effort into actually meeting up with that Tinder dude that seems perfect for you — there are just some other hotties on the app that look like even better matches.

Tweet us what you think of this new study @BritandCo!

Kelsey Nelson
Kelsey Nelson is a born-and-raised Ohioan living life in South Carolina. She thrives at binge watching Netflix, contemplating what to order at the bar and running any trail or road she can get her feet on. In addition to being a Brit + Co contributor, she writes about southern pleasantries, DIY mishaps and more at North Living South. If she isn’t writing or running, she’s off adventuring with her husband Brad and their Lab/Dachshund mix, Gordy.
Dating
Relationships
Dating love study
More From Relationships