Surprise! Kate Mara and Jamie Bell Got Married During a Secret Wedding 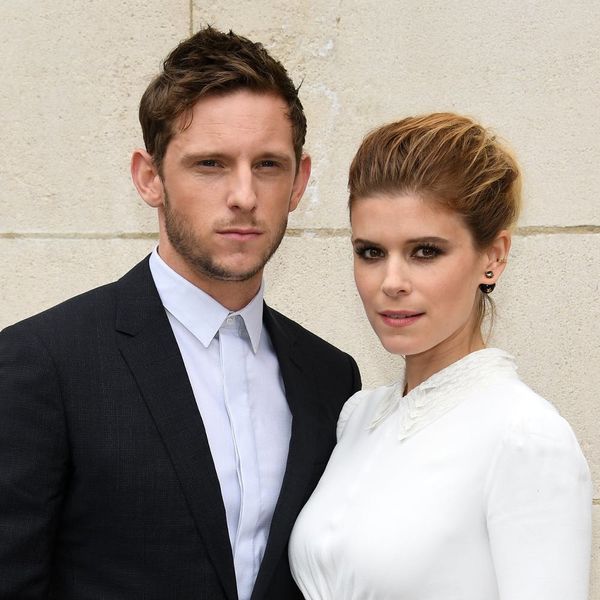 American Horror Story alum Kate Mara and her Fantastic Four co-star Jamie Bell have surprised fans with the announcement that they’re married. Eee! They’ve been dating since the fall of 2015 and announced their engagement just this past January, but it looks like these two weren’t willing to wait to say “I do,” because they’re now a happily married pair.

Mara’s publicist confirmed the news to ABC after fans were already pretty darn convinced that the two had tied the knot. They’d posted matching pics of themselves doing what appears to be kissing on a dance-floor as newlyweds (*swoon*). Mara popped hers up with the caption, “nuptials,” while Bell’s had the short and sweet message, “Mr. and Mrs. B.”

With no details about when or where exactly the ceremony took place and no clues as to who may have been invited, it’s clear that these two know how to keep a secret.

The first marriage for both 34-year-old Mara and 31-year-old Bell, these lovebirds look like they’ve started their new life together in an IRL fairy-tale-like dream that hopefully sets a romantic precedent for a long-lasting and happy marriage.

Are you surprised to find out that Kate Mara and Jamie Bell have gotten married? Let us know @BritandCo!