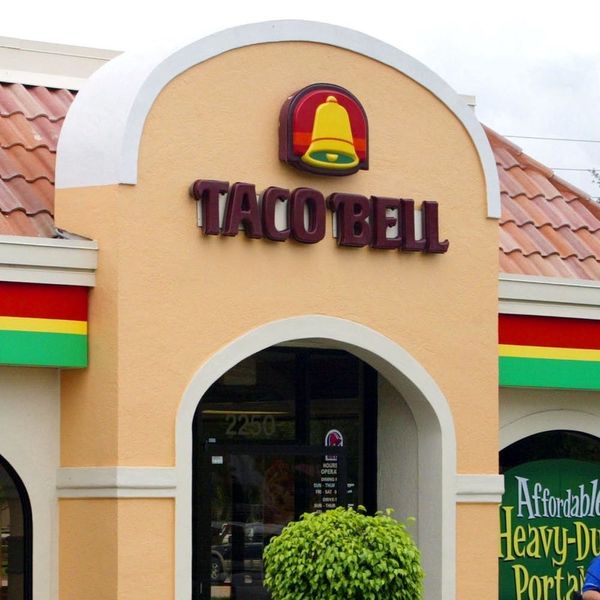 Thanksgiving is almost here, but if you’re still struggling to figure out what you’re cooking (perhaps Khloé Kardashian’s menu can be of some inspo?) or how to cook it, not to fret: Taco Bell has you covered.

For the fifth year in a row, the fast-food giant played host to VIP guests at its Irvine, California location for a Friendsgiving dinner celebration, and TBH, the Turkey Day menu the company shared on Twitter kind of had our mouths watering!

Those in attendance were presented with butternut squash chalupa bites, taco supreme croquettes, and an autumn pueblo salad blend of squash, pepitas, pomegranate, and Orange Cream Pop vinaigrette. So far, so yum, right?

Our friends have arrived and dinner has begun. Watch our #Snapchat Story to get a peek into our 5th Annual #TacoBellFriendsgiving dinner.
👉 https://t.co/0vdrUggwtA pic.twitter.com/HLn6PFQTxi

For dessert, guests had the privilege — yes, privilege! — of feasting on an updated version of the caramel apple empanada (This one was pumpkin-spiced). The final offering of the evening came in the form of chocolate churros with ancho chile ganache.

We don’t know about you, but this is sounding better all the time! In fact, we kinda’ wish we’d been on that guest list.

Perhaps they’ll be kind enough to share their recipes?

What do you think of the Taco Bell Friendsgiving menu? Tell us @BritandCo!

Shea Lignitz
Shea can be found in the nearest bookstore or brewery, exploring the great outdoors, or blasting Led Zeppelin. She grew up in the cold and rain of Northern California's redwoods but is currently wandering around Texas.
Fast Food
Food News
Fast Food tacos Thanksgiving
The Conversation
More From Food News