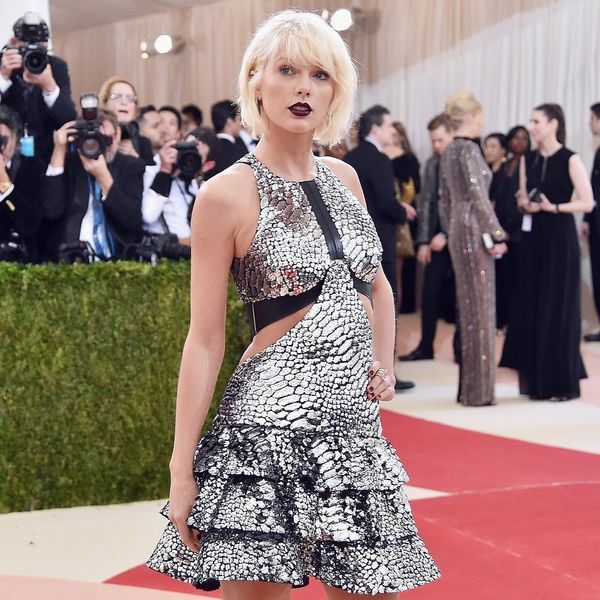 Are our wildest dreams coming true? After Taylor Swift’s website and social media accounts were mysteriously wiped clean on Friday, sparking speculation that either she had been hacked or her new album is finally on the way, we waited all weekend for something (ANYTHING!) to happen. And today, our patience (kind of) paid off. But we have even more questions now than we had before.

While the snippet has no sound or text to go with it, fans seem pretty sure that it’s a hint about new music. And they have some theories about what it all means.

Considering the singer’s role in motivating Instagram to tackle its harassment problem — according to Wired, the platform built filters to delete specific words or emojis from users’ comments sections, which in Swift’s case included the snake emoji — this theory kind of makes sense. Perhaps the “Bad Blood” performer deleted all of her previous posts and has now started fresh again to make a statement about rising above with her new music.

Whatever Swift has planned for us, fans are already in excitement overload.

trying to focus at work when both the sun and taylor swift are both being extremely extra today pic.twitter.com/Eo8Nmif71l

What do you think Taylor Swift’s mysterious post means? Let us know @BritandCo!