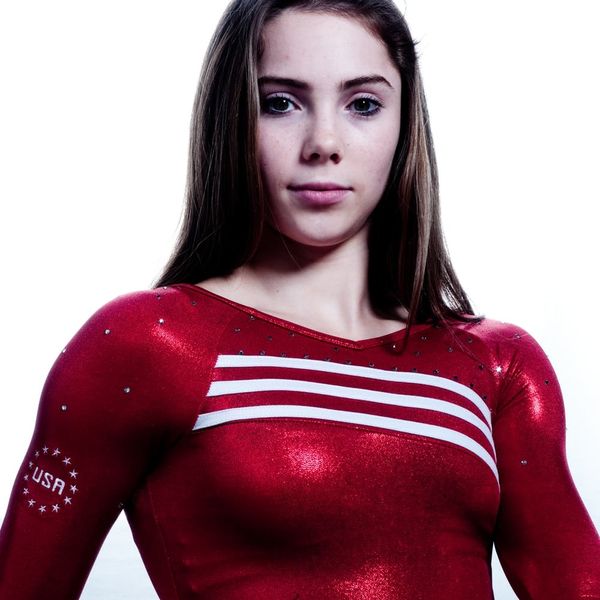 Earlier this year, former Team USA doctor Larry Nassarpled guilty on three child pornography charges, and in the wake of his trial, over 100 former and current Olympic athletes came forward to accuse the disgraced doctor of assault. With most of Hollywood and the world having a major moment in the wake of both the Harvey Weinstein scandal and the shocking but all-too-real #MeToo campaign, former Olympian McKayla Maroney has broken her silence on Nassar and assault in the sports world, saying, “This is not just happening in Hollywood.”

Late last night, the former gymnast released a lengthy statement on Twitter, explaining that she has drawn inspiration from the way that many have come together over the last few days to share something that can be difficult to speak about publicly — something she deeply understands since, “it’s happened to me too.”

In her statement, Maroney alleged that Nassar assaulted her from when she started with Team USA at age 13 until the day she left, explaining that he insisted what he was doing to her was, “medically necessary treatment.” She also reported a terrifying story about one harrowing alleged assault after traveling to Japan to compete.

“For me, the scariest night of my life happened when I was 15 years old. I had flown all day and night with the team to get to Tokyo. He’d given me a sleeping pill for the flight, and the next thing I know, I was all alone with him in his hotel room getting a ‘treatment.’ I thought I was going to die that night.”

Maroney is the highest-profile gymnast to come forward to talk about the abuse she allegedly suffered at the hands of Nassar. As a member of the 2012 Fierce Five medal-winning team, Maroney is well known among fans of the sport. When the doctor first pled guilty, Aly Raisman spoke out mostly to take USA Gymnastics Association to task for their attempt at “sweeping [the allegations against Nassar]” under the rug. Raisman has never spoken about whether or not she was one of the alleged victims of her former doctor.

As for Maroney, she hopes that speaking out will be something more people do, and that she hopes that in doing so, women do not put their careers in jeopardy for being honest about what happened to them. “Our silence has given the wrong people power for too long,” she admits, adding, “it’s time to take our power back. And remember, it’s never too late to speak up.”

How are you supporting friends using #MeToo? Tell us @BritandCo!

From Your Site Articles
Kat Armstrong
Kat has been a writer, social media maven and mom for longer than she's willing to admit. She's also spent time in front of and behind the camera, interviewing celebs, politicians and acting as a producer for fashion and artistic photography shoots. When she isn't writing for various orgs and publications, she's hanging with her kids, husband and French Bulldog, Peter, in Toronto, Canada.
Current Events