The Bachelorette Recap: Meet the Parents If You Must 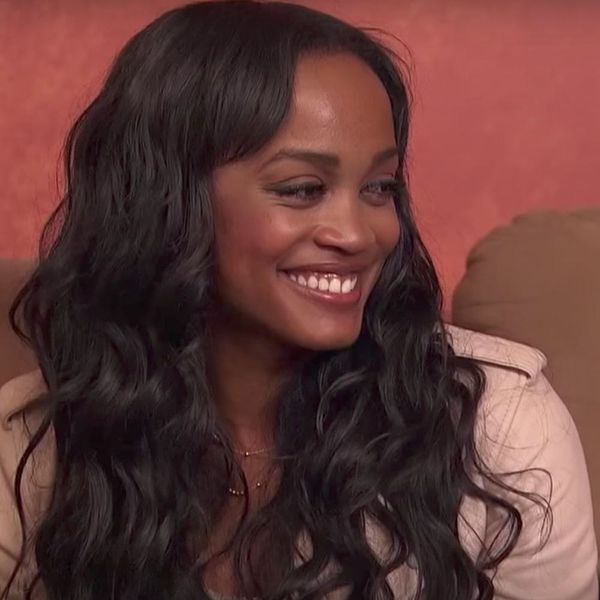 The Batman villains are gone and it is getting very serious for Rachel Lindsay and the bros on The Bachelorette. Free from celebrity cameos, ridiculous group challenges, and the absurdity of having so many dudes around, the show now really wants you to buy into the idea that Rachel will find the one at the end of this. That whole concept may be especially hard to stomach right now, and this episode is no different. It’s hometown week, and while it’s one thing to date 30 men at once, it’s an entirely different beast to have to meet four sets of potential in-laws after you’ve only been dating these bros for a few months. Is this all necessary? I personally haven’t met my husband’s crazy parents and he hasn’t met my crazy mother, but it’s important to Rachel (and ABC) for her to meet everyone’s parents, so here we go!

First, Rachel is off to Baltimore to meet Eric’s family, and it is a joyful experience in which he shares with her the difficult time he had growing up and the lifelong victory lap of having come through it all as a happy and healthy person. Rachel is initially nervous about being the first girl that Eric has brought home, but his family is warm and more than ready to welcome her into the fold. Sure, one of the show’s few conversations about race ends up being a corny and maybe troublesome “love is colorblind” affirmation that will play well in the flyover states, but seeing Eric in his element is good for us and Rachel, and it’s a far cry from the emotional difficulties of his early time on the show.

Next, it’s off to Miami where there’s added pressure with Bryan. As much as it has gone well, with his tongue consistently in and around Rachel’s mouth, his last relationship fell apart because his girlfriend didn’t get along with his mother. “It was less on them, more on… the other person,” he explains. I’m sure that girl loves hearing that on national television. Indeed, Bryan’s mother is overwhelmingly loving toward her baby boy in a way that would personally make me uncomfortable. Perhaps my problem with Bryan this entire time was that he has been too loved his entire life? This makes me want Rachel to crush him in the finale all the more.

Rachel heads to Madison, WI where Peter first introduces her to his friends, and some of them are black! See Rachel, he has black friends, which means he can date a black girl! Woof. Rachel meets Peter’s family, full of cheesehead charm and echoing the fact that Peter might not be the kind of guy to propose after a few months of television dating. Given that Rachel certainly does end up engaged at the end of all of this, maybe the show’s major arc is some garbage about Peter manning up and giving in to commitment, but I really think Rachel would be so much happier if she just dated Peter for real. She’d get those gap-toothed babies eventually!

Last is a visit to Aspen, CO, where Rachel has the most turbulent of all the hometown visits. Dean’s father is a Kundalini yoga sikh and they haven’t spoken in two years because of Dean’s lingering resentment over his father not stepping up after Dean’s mother passed away. Rachel gathers from Dean’s family that he is stronger than the rest of them and this is made all the more clear when Dean has an uncomfortable conversation with his father addressing those issues. His father has become spiritually awakened (and probably very flexible) but won’t accept responsibility for his emotional unavailability. Dean asserts himself and doesn’t back down, and boy am I proud of Baby Bro. Rachel seems proud too! Rachel has rewarded honesty and vulnerability throughout and it seems like this is Baby Bro’s ticket to the final three.

Only it isn’t, because she sends him home at the rose ceremony. What’s more, she doesn’t give him any explanation, which is particularly stinging considering that they both expressed that they were falling in love with each other after Dean’s emotional conversation with his father. Ultimately, Rachel doesn’t owe Baby Bro anything, but it was a little sad to watch someone I’d actually grown fond of depart, particularly since I had him on my “potential serial killers” list early on in the show’s run.

Bryan: It turned out that Rachel could get along with his family, it’s still hot and heavy with this handsome Colombian chiropractor, and Peter’s wary to commit, so Bryan may have this whole thing wrapped up.

Eric: He certainly got the most ups from the hometown visit. This sleeper has really grown on both Rachel and me, and don’t forget how important my opinion is in this experience, Rachel.

Peter: Peter’s almost certainly the best one for Rachel, but his lack of full faith in television dating may be his undoing in the next episode.