The Bachelorette Recap: Switzerland Is for Breakups 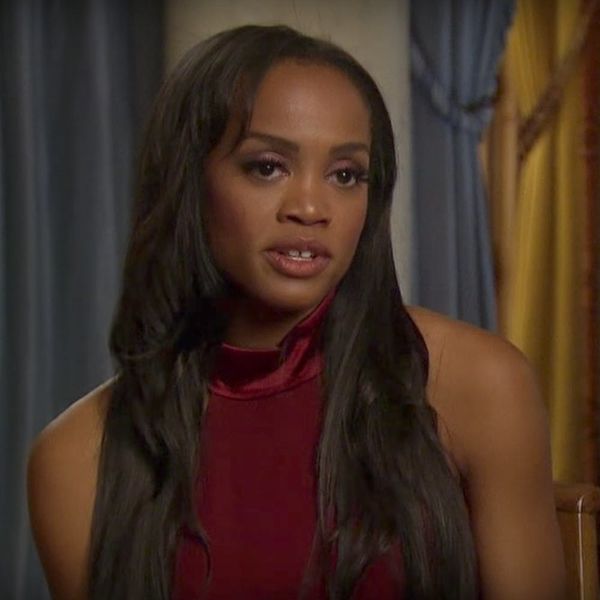 It’s a bloodbath on this week of The Bachelorette, with only four roses for six men. Who will move on to the hometown date stage of this experience? Let’s be real. There’s no way she’s getting engaged to Batman villains The Penguin and The Ventriloquist, right? How those dudes got this far is beyond me, so let’s just go through the motions as she builds her relationships with the others and finally remembers that those two are still there.

First up is slick chiropractor Bryan, and I’m bracing myself for smooth lines and very intense kissing. And boy does that happen in the worst way. They drive a Bentley to a Breitling store, where they both try on VERY EXPENSIVE watches and Rachel announces that she’s buying them. “Really?” Bryan asks. No, Bryan. ABC is buying those watches. But go on and think she’s dropping maybe $10,000 on you. He lunges and kisses her in front of the creepy Swiss watchman and it’s reallllly gross. Later at dinner, Rachel asks about his family and he tells her his last relationship ended because his girlfriend didn’t get along with his mother. That’s no red flag for Rachel, who gives him a rose and makes out with him again as a string quartet plays in the background. Hot.

Next, she goes on a date with Dean to a Catholic mass. Dean is incredibly nervous about the possibility of taking Rachel to his hometown. She encourages him to open up and he says in near rapid succession, “Do you believe in the tooth fairy? What’s your favorite dinosaur? You’re pretty.” This is getting SO HOT. It gets real later on, with Dean telling Rachel that his father is very eccentric and has no bearing on his emotional self. That’s no red flag for Rachel, who gives him a rose and makes out with him by an ugly tree.

Pretty Peter’s up next with a very cold dog-sledding date. Peter admits that on days when he didn’t have dates with Rachel, he wanted to leave. His honesty scares her. Later, he admits that he abandoned his last girlfriend and feels that he would have to be very certain to propose to her at the final rose ceremony. He has straight-up indicated that he could make it to the very end and still not propose to her. That’s no red flag for Rachel, who gives him a rose and makes out with him on a balcony that’s as treacherous as moving forward with this potential commitment-phobe.

Finally, it’s a three-on-one with Eric, The Penguin, and The Ventriloquist. Eric goes in for the kill, telling Rachel that she doesn’t give herself enough credit and that she deserves happiness. He is Playing. This. Game. I’m here for it! There’s no way she could give this guy up over two guys I’m pretty sure she hasn’t kissed up to this point. Rachel and The Penguin step aside for some alone time and Rachel almost immediately starts sobbing and telling him that she feels like they are the same person. Rach, didn’t Eric just tell you to give yourself some more credit? The Penguin’s general nothingness is a red flag for Rachel, and, sobbing (why?), she sends him home.

The Ventriloquist gets some one-on-one time with Rachel and assures her that she will have a great time with his family. Sir, your family raised a guy who brought a creepy doll to meet his potential soul mate. She then turns back to Eric, who tells her that he has never brought a girl home and that he had a tough family life growing up in Baltimore. That’s maybe a little bit of a red flag for Rachel, but she gives him a rose anyway and cries as she sends The Ventriloquist home. Thus ends the despicable and confusing reign of The Penguin and The Ventriloquist on this season of The Bachelorette. Holy Hometown Date, Batman.

1. Bryan: He’s still my least favorite, but there have been no bumps on his ride to the final four. He may smooth-talk his way into marriage with our girl. Ugh.

2. Peter: His vulnerability is something Rachel wants, but is he ready to make the ultimate commitment? Who cares, Rach? You have matching teeth gaps and your kids will be so adorable!

3. Eric: He’s blossomed into a strong and loving soul, but is all of that too little, too late?

4. Dean: That goofy grin has gone a long way, but his tumultuous relationship with his father may be his undoing. I’m sorry I ever put you in the potential serial killer pile, Dean. I’m pulling for you, baby bro!