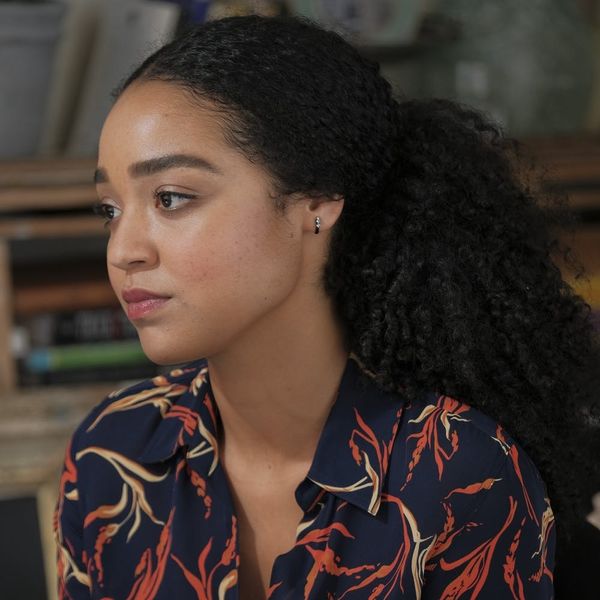 For as much progress as the United States has made when it comes to equality, there’s still a long way to go. That’s especially true in media — for example, a recent study found that the majority of movie critics are white men. Hearing a variety of perspectives is essential, especially in a field like journalism, and The Bold Type‘s latest episode couldn’t be more timely.

Jane is making progress as a freelance writer, but it’s a difficult change to get used to, especially coming from a staff writing job. So when Ryan tells her about a job opening at a different young women’s magazine, Jane is ecstatic to land an interview. That enthusiasm quickly falls flat, though, when Ryan tells her that the magazine wanted to hire a person of color for the job.

When Jane tells her friends about the news, Kat is the one to state the obvious: Hiring people from diverse backgrounds isn’t a bad thing. Jane quickly gets defensive, emphasizing the fact that she’s not racist. She tells Kat she would have been perfect for the job, with the implication that because of that, she should have gotten it. (This is all aside from the fact that, given her accidental outing of a stripper’s identity and her inability to think through the Emma Cox situation, Jane might not be as perfect a writer as she thinks.)

What Kat reminds Jane, though, is that just because she would have been able to do the job well doesn’t mean that someone of color couldn’t do it just as well. Jane wasn’t trying to exercise privilege. But the idea of being overlooked for a job because of race is something many people of color have dealt with for their entire professional lives.

Their fight and much-needed conversation dovetails nicely with Kat’s Scarlet story line this week, too. Kat successfully petitions the board to waive its college degree requirement so that she can hire a prominent social media influencer to join her team. She recognizes that Scarlet needs to highlight perspectives other than that of the homogenous pool she’s seeing apply through the company’s website. And she goes out of her way to find that fresh voice. It’s a lesson Jane — and real-life media companies — can learn from.

Jane and Kat do make up (of course), with Jane realizing that she was in the wrong. But the episode highlights some of the more touchy issues that come with hiring people, and it’s a good reminder of why diverse representation is so important.

Are you watching season 2 of The Bold Type? Tweet us @BritandCo!

Meghan DeMaria
Meghan is a freelance journalist based in New York City. She is obsessed with TV, especially sitcoms. She's previously worked at Refinery29 and TheWeek.com and has written for Bustle, Women's Health, and more. When she's not writing, Meghan can be found looking for the best pulled pork New York has to offer.
TV
TV
TV