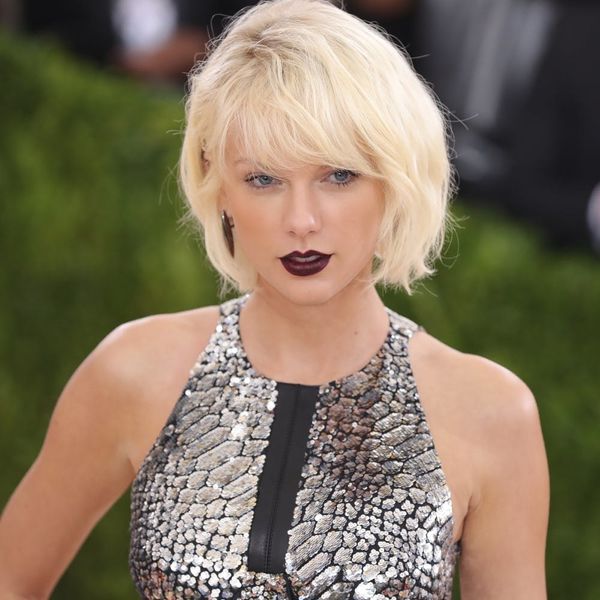 While the drama over Kim K leaking videos of Taylor Swift and Kanye West having a convo about “Famous” is getting serious for those involved (with Tay even threatening legal action), others have had a very different kind of reaction. While Katy Perry decided to “rise above it all,” there were plenty of people willing to take everyone involved down a notch or two with a more, well, freakin’ hilarious take on the sitch. Check out these reactions to Kim K’s video leak and try not to laugh as Mean Girls, Scooby Doo and Pokémon are all brought into the frenzy.

As soon as the leak hit the Internet, Twitter users flew into action with two unfortunately misspelled hashtags, #KimExplosedTaylorParty and #KimExposedTaylorPary (because people were obviously too excited to correct their spelling), and oh boy, were they ready to jump on this juicy firestorm.

While plenty of folks appear worried that Tay’s in a sticky spot due to Kim’s potential checkmate, more seem primarily in it for the oh-so-fine drama that only celebs could stir up on such a scale.

When you wake up to #KimExplosedTaylorParty and have no idea what's going on so you're trying to catch up… pic.twitter.com/hZqrxPkJeT

This whole #KimExposedTaylorPary thing is stupid. Obviously. However, does Kanye ask permission for lyrics? SMH. pic.twitter.com/97HP4y0aDJ

Beyoncé just eatin her breakfast on the sidelines like #KimExposedTaylorPary pic.twitter.com/VQfxvsTAYJ

waking up in the morning realizing the #KimExposedTaylorPary is still going on pic.twitter.com/W9QbCkEucC

Even Pokémon was brought into the drama.

#KimExposedTaylorPary Kim you are a myth this planet , Demi , Katy and Calvin should be thanking you now pic.twitter.com/nsKXrTcRmx

Although some were just irked by the sloppy spelling.

I'm more upset that this hashtag is misspelled #KimExposedTaylorPary

What do you have to say about this messy Taylor/Kim/Kanye sitch? Tweet us @BritandCo!

Desiree O
Desirée O is a ‘Professional Bohemian’ who loves anything and everything related to the arts, entertainment, and pop culture. She ADORES being a ‘Newsy’ for Brit + Co, covering all of the latest tidbits of awesomeness that you want to read about. When she’s not writing, she’s either making messy art, going on long adventurous walks with her camera, or poking around over at bohemianizm (http://www.bohemianizm.com/). You can find out about Desirée O and her work at http://DesireeO.com/ or follow her on Twitter @DesireeO.
Kardashians
Celebrity News
Kardashians Taylor Swift
More From Celebrity News