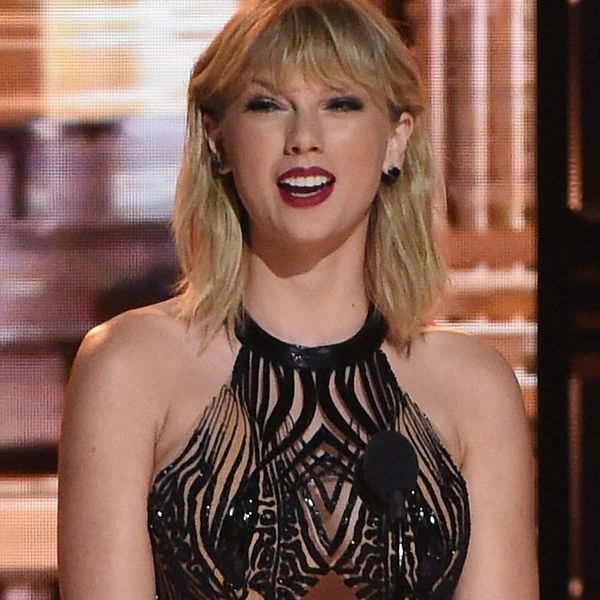 Taylor Swift has done it again! After causing a major stir with her Easter egg-ridden music video for “Look What You Made Me Do,” the “Gorgeous” singer has Twitter up in arms over the video for her upcoming album’s second single, “…Ready for It?” Er, make that *one* element of the video in particular: her nude bodysuit.

While there was plenty of symbolism to take away from the 3:31 second-long clip, fans zeroed in on the fact that the 27-year-old songstress appeared to be (gasp!) totally nude.

For some, the image of the formerly squeaky clean pop star daring to “bare it all” proved a little too much to bear, with Twitter taking her to task for her bold ensemble.

i’m sorry did i just see taylor swift nude….. i feel so violated ….

There were also those who saw it as a dig at Kanye West. As you’ll recall, the rapper used her naked likeness without her consent at the height of their feud for his now infamous music video, “Famous.”

It’s pretty clear now that Taylor being “naked” in the Ready For It video is in reference to Kanye’s Famous one. If so, I’m stanning forever

Kanye: *Uses @taylorswift13's naked body for views and without consent.
Taylor:*Wears a bodysuit for new music video and gets back lash.
Me: pic.twitter.com/XWgfNxE99C

#ReadyForItMusicVideo I guess the naked body suit part if a huge FU to Kanye's Famous MV. She is the only one who's in consent of her body!

Swift wasn’t here for the hypocrisy, and took to Instagram stories to say so. Posting a shot of herself in a flesh-colored bodysuit, she not only proved that she wasn’t nude for the shots, she showed haters that she DGAF what they thought of her style choices.

“It truly warms my heart that ppl had so much to say about this bodysuit!” she wrote with a crying laughing emoji.

She followed it up with two more shots of herself in “the buff,” giving us all a side and back angle.

We for one, think she looks magnificent. Do you, Taylor!

Nicole Briese
Nicole is the weekend editor for Brit + Co who loves bringing you all the latest buzz. When she's not busy typing away into the wee hours, you can usually find her canoodling with her fur babies, rooting around in a bookstore, or rocking out at a concert of some sort (Guns N' Roses forever!). Check out all her latest musings and past work at nicolebjean.com.
Celebrities
Celebrity News
Celebrities Celebrity Style Music Taylor Swift