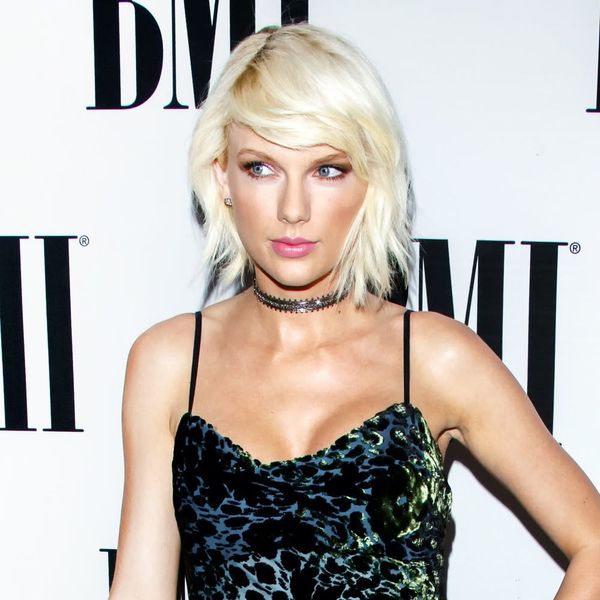 If you thought things were heating up between Taylor Swift and Kanye West before, now things are ON FIRE! After Kim K released secretly recorded videos of Tay’s conversation with Kanye, which depict Taylor’s approval of THAT LINE in “Famous,” another fact has come to light. It turns out that, upon becoming aware that she had been secretly recorded, Taylor threatened Kim and Kanye with legal action… taking this drama up another notch.

The folks over at TMZ have a handy copy of a letter sent to Kanye’s attorney from Taylor’s lawyer that reminded the Kardashian-Wests that, under California law, it’s a criminal offense to secretly record a telephone conversation. In fact, it’s a felony. Yeah, this is getting serious.

The kicker? The letter was sent back in FEBRUARY, meaning this drama has been playing out behind the scenes for longer than any of us knew. Now that it’s all becoming very public, fans and foes will just have to wait to see who makes the next move and wonder if it will be online or in court.

What do you think about this Taylor/Kanye/Kim secret recording drama? Tweet us @BritandCo!

Desiree O
Desirée O is a ‘Professional Bohemian’ who loves anything and everything related to the arts, entertainment, and pop culture. She ADORES being a ‘Newsy’ for Brit + Co, covering all of the latest tidbits of awesomeness that you want to read about. When she’s not writing, she’s either making messy art, going on long adventurous walks with her camera, or poking around over at bohemianizm (http://www.bohemianizm.com/). You can find out about Desirée O and her work at http://DesireeO.com/ or follow her on Twitter @DesireeO.
Kardashians
Celebrity News
Kardashians Taylor Swift