The Internet of Things Is Already Changing Your Home 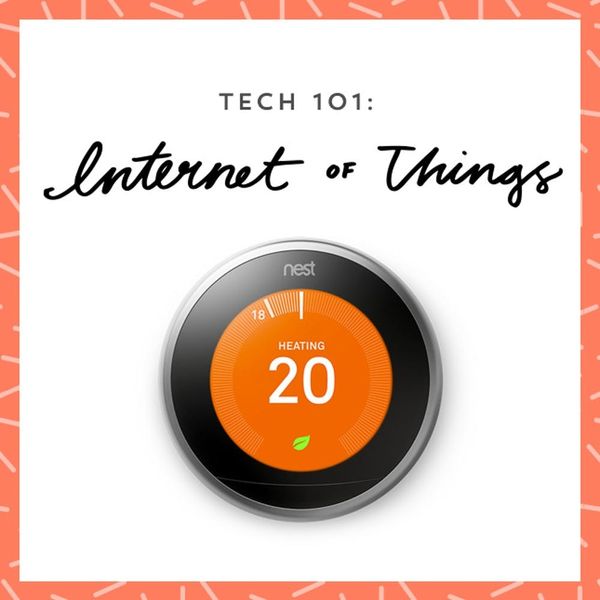 People become more connected every day, and not just where social media is concerned. Many of us have “smart” objects in our home — a WiFi-enabled thermostat or an oven that can tell you your meal’s nearly done, for example. These smart objects connect us even more but can also be used against us, as evidenced by the big internet takedown in October. Artificial intelligence (AI) further boosts the capabilities of these products; when something is Alexa-compatible or Google Home-compatible, it means there’s a lot going on behind the scenes.

Not only is your thermostat remembering your preferences like a good little robot, but it’s allowing your digital butlers to learn about you too. All of these objects are collectively known as the Internet of Things (IoT). It’s a pretty broad topic and can be a little confusing, so we’re here to break it down for you — what it is and what it can do for Y-O-U.

To put it simply, the Internet of Things is a network of physical devices.

The IoT allows all your smart devices to gather and exchange data, so that they can give you meaningful answers to your questions, like “how hot is it in my house right now?” or “will it rain today?” It relies heavily on the cloud. There are a lot of sensors in all those smart objects sending off lots of data at any given time, so the cloud-based apps are necessary to interpret and transmit the data coming from all these sensors. So when you get a quick answer, thank the cloud.

what kinds of cool stuff can iot do for you?

When people think IoT, they usually aren’t thinking big enough. The device network isn’t limited to ensuring you have a connected home that runs smoothly. In the not-so-distant future, it could be used to build safer bridges and parking structures, the cement equipped with sensors that could monitor things like stresses, cracks and warping, so that we would know about issues before something tragic happens. Those same sensors could also be used to tell your car that there’s ice on the bridge, so you should drive carefully — and if you don’t slow down, then the car will do it for you.

See? This stuff can get real big real quick. When we move from smart homes to smart cities, we’re going to see less traffic (YES!), because stoplights can monitor and respond to changes in traffic flow. Traffic conditions can be communicated to you directly, guiding you around congested or snowed-in areas, for example. If there are too many cars on the road, your devices could even tell you that it would be a better idea to take the bus or the subway.

Smart cities could even eventually allow us to respond much more quickly to disasters like hurricanes. Remember when the hurricane hit Florida and Airbnb activated emergency homes? The whole process could become even easier; if disaster strikes, Alexa might immediately ask you if you could host a family in your house for a few nights, or take a shift at the food drive. Wow.

There are always dangers that come with what many see as a mass robot army, but we kind of think the benefits outweigh the risks. “This recipe will take two hours. Would you like me to order a pizza?” “Sure!” “Okay, pizza will be here in 15 minutes.”

Is your home connected? What would you use smart devices for? Tell us @BritandCo!