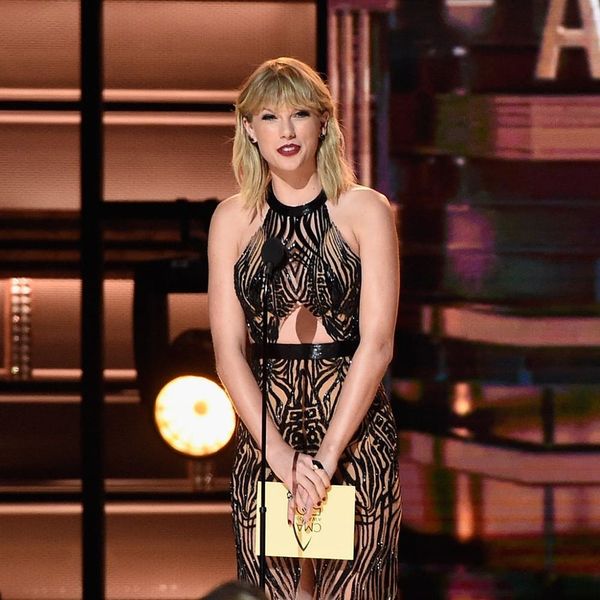 Now that we know which celebs had the most-liked Instagram pics of 2016, it’s time to look at the whole package. As anyone who’s taken our Instagram online class knows, building a loyal following on the social media account is totally different than, say, Twitter (for which Katy Perry holds the current title). It takes a lot more than posting a cool shot here or there; it’s about building a brand or making a personal statement that aligns with you.

10. Kendall Jenner, 70 million: Rounding out the bottom of the list was none other than Kendall Jenner. It’s been a big year for the model, so it makes sense that she had a lot to share. Not only did she land the cover of Vogue’s most coveted issue and receive her Victoria’s Secret wings, she also had quite the social media controversy over some ballet pictures for a Spanish Vogue pictorial, making her Insta page quite the hot ticket.

9. Nicki Minaj, 70 million: Nicki Minaj has been pretty quiet since her huge Twitter blowout with Taylor Swift over last year’s MTV Video Music Awards, but photos of her killer bod, like this one taken in Turks and Caicos, were enough to keep her on the list.

Its Labor Day. One of my favorite holidays as we celebrate the blue collar American worker and their contributions to our country thru labor and sweat. In the spirit of Labor Day, I had an amazing philosophical conversation w/ my baby girl about the value of hard work and how respect is given when it's earned. I told her, "Baby girl when you grow up, you get out there and dent the universe thru hard work and sweat. And always make sure you do it in a positive way with class, dignity and respect". She responded by poo'ing on me in this moment as she plays her favorite game, "Drum time on daddy's big head". It was a good talk.💯 #HappyLaborDay #TheJohnsons #GoodTalksWithDaddy

8. Dwayne “The Rock” Johnson, 72.1 million: The Rock came in at number eight on this year’s list, and we can’t say we’re terribly surprised: His partner Lauren Hashian gave birth to a baby girl named Simone Alexandra just last year, and we’ve got a sneaking suspicion adorbs baby pics like the one above helped to cement his status on the list.

7. Kylie Jenner, 80.7 million: Coming in three spots ahead of big sis Kendall is our girl Kylie, who also had a helluva 2016. Between controversial calendars, product teasers and her one insanely awesome Halloween costume, she was bound to land amongst the top Insta hustlers.

6. Cristiano Ronaldo, 83.7 million: Though he had the most liked pics of the year of any male, his total follower count wasn’t quite top five material. That could all change very soon, though, as he did also snag a spot for the second “most followers gained in 2016.”

5. Kim Kardashian West, 88.8 million: Though Kim’s social media presence has been practically nonexistent since her Paris robbery back in October, fans clearly haven’t given up hope for her return, since she’s still rounding out the site’s top five most followed celebs.

4. Beyoncé, 89.7 million: Bey had evverrrryyone (and we do mean everyone!) losing their ish over her Lemonade album (released back in April), desperately seeking clues as to who “Becky with the good hair” might be, but alas, we never did find out (though we know it’s NOT Rachael Ray). Though we’re sure her killer sense of fashion (we SO want that Sleigh sweater) certainly didn’t hurt her numbers.

3. Ariana Grande, 91.1 million: We’re sure Ariana gained quite a few followers after this week’s Hairspray Live performance (despite backlash for Link): Her Penny performance was nothing less than top notch!

2. Taylor Swift, 94.4 million: Despite receiving a low blow of a Grammys snub, Taylor Swift more than managed to keep up her high follower count on Instagram with stunts like this sick mannequin challenge she pulled off or this rousing rendition of “Part of Your World” from The Little Mermaid.

KL, from the car

1. Selena Gomez, 104 million: It’s official: Selena Gomez is the Queen of Instagram in every way possible. With the most followers (including the most gained this year) and the most liked pics, girl clearly has it going on, and she’s laughing all the way to the bank: She gets paid about $550,000 per post, soooo… we would too. She never forgets her fans, though, frequently posting shots with them and writing touching tributes. It’s no wonder they love her.

Nicole Briese
Nicole is the weekend editor for Brit + Co who loves bringing you all the latest buzz. When she's not busy typing away into the wee hours, you can usually find her canoodling with her fur babies, rooting around in a bookstore, or rocking out at a concert of some sort (Guns N' Roses forever!). Check out all her latest musings and past work at nicolebjean.com.
Beyonce
Celebrity News
Beyonce Halloween Instagram Roundup Instagrams to Follow Kardashians Taylor Swift
More From Celebrity News