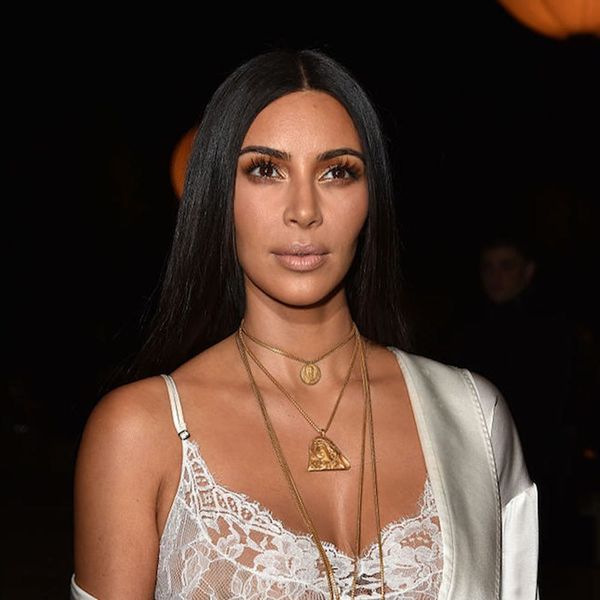 1. On Sunday at about 3am Paris time, five men wearing ski masks and police jackets got into Kim’s room at No Address Hotel, where they proceeded to tie up her hands and feet with tape then lock her in the bathroom. La Parisien reports that they stole $6.7 million in jewelry (including a ring worth $4 million), while BFM TV reports that her purse and two cell phones were also stolen. The world was first tipped off that something was wrong when Kanye West abruptly ended his set at an NYC festival, telling the crowd there was a family emergency and he had to go. One of the last videos in Kim’s Snapchat story just half an hour before the robbery occurred showed her Facetiming with Blac Chyna and Rob. Kim’s rep has said that she is “badly shaken but physically unharmed.” Kim was seen leaving Paris on a private jet earlier today. (Photo via Pascal Le Segretain/Getty)

People making jokes about @KimKardashian tonight would do well to remember that she's a mother,a daughter,a wife,a friend.Be nice or shut up

2. Meanwhile, celebs are coming to Kim’s defense after haters have to have their two cents on social media. James Corden told people to “be nice or shut up” in the face of the severity of the situation, while Chrissy Teigen astutely said “Fame is interesting. Celebs are supposed to love you guys while also knowing you’d make a meme of our dead bodies to get retweets.”

3. But if they thought the hateful reactions they saw to Kim’s robbery were bad, you should see how French people are reacting. Put mildly, they don’t have a lot of respect for Kim. “Proud to be Parisien :)” this one account tweeted with a link to an article about the robbery. Yikes. (h/t Buzzfeed)

4. Giving birth a few days ago was NOT going to stop Blake Lively from going to her BFF’s wedding. Even though Blake and Ryan Reynolds just welcomed their newest addition on Friday (and people subsequently freaked out in hilarious ways), Blake made her to way to Tribeca to celebrate with one of her best friends as she walked down the aisle. “Most beautiful bride on the planet,” Blake captioned a photo of her kissing her friend Jessica on the cheek. “And the best friend I could ask for. @jessicarose617 thank you for being EVERYTHING. I love you.”

You guys are literally making my arm pits/ palms sweat so much, lol.
I'm so damn excited !!! Thank youuuuuuuuu!!!!

5. Solange Knowles cannot even play it cool after releasing her album and it’s SO relatable. Honestly same, Solange.

What’s your #MondayMotivation today? Let us know over @BritandCo.