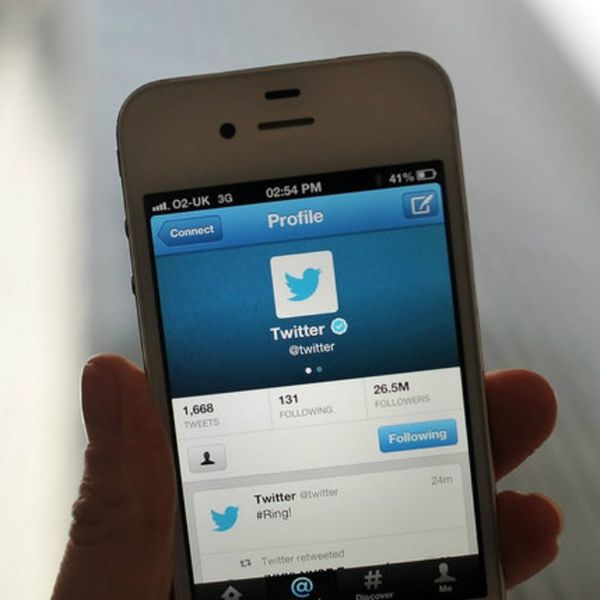 While Katy Perry’s ex-husband, Russell Brand, was announcing his impending new arrival with soon-to-be wife Laura Gallacher, Katy was busy continuing on her quest for world domination — at least in the world of social media, that is!

The pop songstress (and perfume mogul!) reached a major milestone today when it was announced she is now 90 MILLION Twitter followers strong, putting her ahead of both Taylor Swift and Justin Bieber as the most followed person on the site.

Though she’s had her share of issues as a Twitter user (her account was hacked just over a month ago), she seems to have bounced back just fine, using her infectious blend of humor (see below) and sincerity regarding issues she really cares about, e.g. voting (Katy is Hilary all the way), gun-bans, UNICEF (she’s an ambassador for the organization) and underprivileged schools, to draw fans in.

I'm so OCD I prefer being called CDO…then the letters are in alphabetical order and all is right in the world again.

She’s also a huge proponent of helping to break other artists via the medium — we ourselves discovered Rhye’s “Open” single back in 2013 when Katy tweeted about her love for it, and she’s currently giving props to fellow musician Ferras for his “Closer” single.

Katy herself celebrated the good news by (what else?) tweeting “Dang this is tight,” followed by…well, this:

Every1 else havin a lit Friday night & I'm here examining the nose pore cleaner strip I just peeled off & I must say, nothing can top this.

Not even 90 million followers, Katy? All hail the new Twitter queen!

Do you think Katy is the best social media maven around? Tell us over @BritandCo!

Nicole Briese
Nicole is the weekend editor for Brit + Co who loves bringing you all the latest buzz. When she's not busy typing away into the wee hours, you can usually find her canoodling with her fur babies, rooting around in a bookstore, or rocking out at a concert of some sort (Guns N' Roses forever!). Check out all her latest musings and past work at nicolebjean.com.
Katy Perry
Tech
Katy Perry twitter
More From Tech