Rachael RAY Sweetly Claps Back After Being Mistaken for Rachel ROY 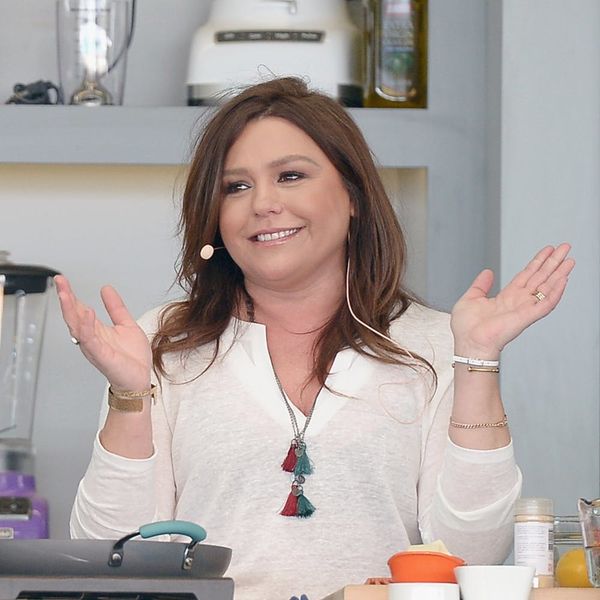 While we’ve been over here enjoying the best celebrity reactions to Beyoncé’s epic Lemonade and sipping on her grandmother’s “sacred” lemonade recipe, other Bey fans have been more focused on “Rachel with the good hair.” When Beyoncé’s bey-hive stung Rachel Roy as Jay-Z’s possible “other woman,” the reaction was fast, fierce and nasty. But some of that ire went a little off mark, as celebrity chef and talk-show host Rachael RAY was mistaken for fashion designer Rachel ROY. Rachael RAY is handling the mix-up with a shake-up. A lemonade shake-up, that is.

Ray posted a pic of a pink-ish lemonade with a slightly bubbly froth along with the caption, “Shake up your Sunday with @ChefDPhillips’ lemon shake-up with lemonade lavender ice cubes. #RachaelRay #RachaelRayShow.”

Fans loved the reaction, if their comments were anything to go by, like @wackamayor’s “Okay I love her more” and @goonerlove14’s “lol! Slay Rachel! They came for you and clapped back the Chef way! Love this.”

Rachael Ray may not be “Becky with the good hair,” but it sure looks like she makes some good lemonade.

What do you think about Rachael RAY’s reaction? Tweet us @BritandCo!