The Mythbusters Build Team Are Heading to Netflix 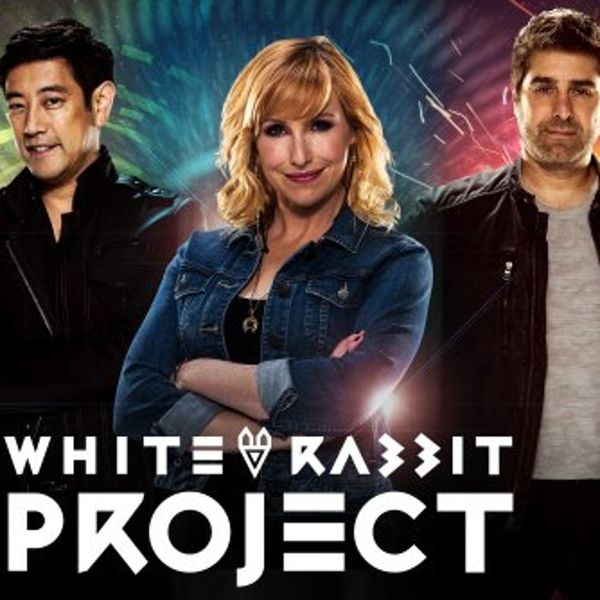 Netflix has picked up on our love of all things weird and wonderful (second season of Stanger Things, FTW!), and now the streaming site is getting into the science series genre in the best kind of ways. When we discovered that Bill Nye was returning to TV after 20 years to “save the world,” we were more than a little thrilled. Now, our fave trio of testing in the name of discovery is coming back. Kari, Grant and Tory, the former Mythbusters build team, is heading to Netflix for a brand new show whimsically called the White Rabbit Project. Oh, we’re so ready to follow them down the rabbit hole.

Those who adored the high-tech tinkering of Kari Byron, Grant Imahara and Tory Belleci were definitely disappointed when the three were let go before the final season of Mythbusters. While Jamie Hyneman and Adam Savage prepare to roll the original show over to the Science channel, it turns out that the WRP team has been busy behind the scenes for months now.

Look at these happy faces on the first day of studio filming! #newshow @ToryBelleci @KariByron pic.twitter.com/vFdnnntouZ

And def an explosion or two….

Remote desert location can only mean mean a few things in my line of work. Can't wait for new show pic.twitter.com/TPrf7VPsmj

According to Kari, this won’t be a reincarnated Mythbusters…

What it will be is “Mythbusters in Wonderland,” according to peeps who were present at the show’s announcement at Dragon Con in Atlanta, Georgia. This magical wonderland is the Internet, natch, meaning the trio will most likely be taking on (and down?) topics that are making waves online, as well as “topics as diverse as jailbreaks, superpower technology, heists and crazy World War Two weapons.”

Coming to Netflix December 9, we can’t wait to see what science-based awesomeness these three introduce us to once again.

Are you thrilled by Kari, Grant and Tory’s return? Tweet us @BritandCo!