D’OH: Watch the Trailer for the ALL-Lego Simpsons Episode 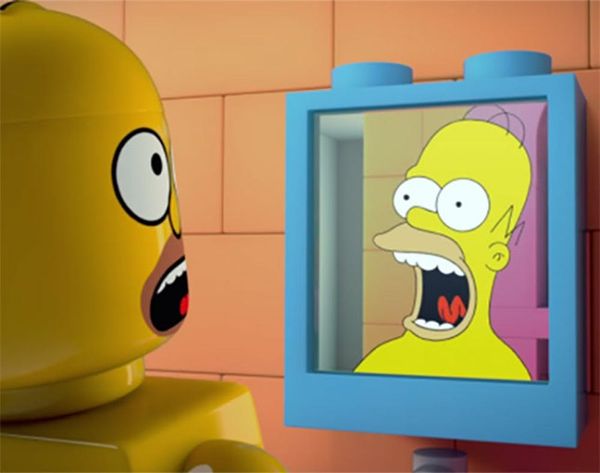 Something spectacular is happening in Springfield this weekend. LEGO is (finally!) taking over The Simpsons for one special episode airing this Sunday on Fox and it’s giving the entire town, and of course, the whole gang — Bart, Homer, Marge, Lisa, Maggie and even Flanders — a 3D makeover from head to toe (or should we say, block to block?).

If you’re having trouble wrapping your mind around what a spiky haired, skateboarding Lego figurine would look like, Lego gave us a sneak peak earlier this year when it released its epic The Simpsons House Set. The $199 replica of the fam’s Springfield pad comes complete with over 2,500 Lego pieces and six custom mini figures (cowabunga!). That was definitely enough to keep fans busy until now, when we can peep the official trailer to The Simpsons Lego Spectacular days before the episode airs.

Watch what happens when Homer realizes he’s not quite his usual round self in the trailer below — it’s actually incredibly charming!

Do you have your couch reserved to watch the epic episode? What do you think of the trailer? Tell us in the comments below.