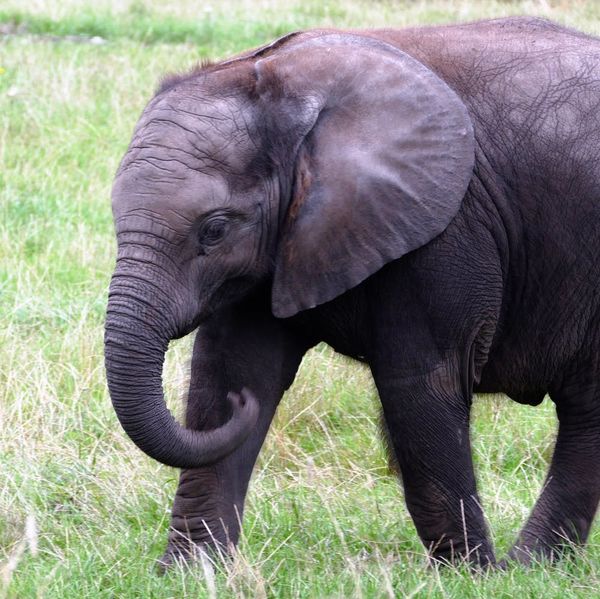 We may not think of the Trump administration in terms of animal rights policies, but maybe we should. As soon as his presidency began, President Trump made it harder for anyone outside the government to access some information about animal abuses (such as puppy mills), and now he’s (twice!) made it legal to import elephant trophies hunted in Zimbabwe.

In the early days of Trump’s presidency, various official government websites were scrubbed of information about various groups, including LGBTQ+ people and people with disabilities. At the same time, the US Department of Agriculture website that made available documents about animal abuses, such as information about puppy mills, was abruptly removed, Mother Jones reported. According to Mother Jones‘ report from last year, the website was a primary source of information for everyday citizens, journalists, and animal rights groups who need information about abusive breeders, zoos, and research institutions.

After public outcry, the website was partially restored, but not all of the information that was previously available is currently on the website. The Tampa Bay Times published an article yesterday describing difficulties the publication has had obtaining government reports on puppy mills. According to the Times article, the 54 pages of documents requested from the USDA for 15 different puppy mills was entirely redacted. The lack of transparency around animal abuses is of serious concern in Florida right now, because the state legislature is considering a bill that would do away with any laws that forbid the sale of USDA-licensed breeders, according to the Times.

Just as journalists in Florida are running into issues of transparency, the Trump administration just lifted a ban on importing elephant trophies from elephants hunted in African countries. According to a March 1 memo from the US Fish and Wildlife Service, the government has lifted “the 2014 and 2015 Endangered Species Act (ESA) enhancement findings for trophies of African elephants taken in Zimbabwe.” The administration attempted to lift the ban once before, in November, but reeled it back after public uproar, according to NPR.

At the time, Department of the Interior secretary Ryan Zinke released a statement saying, “President Trump and I have talked and both believe that conservation and healthy herds are critical… the issuing of permits [to import trophies] is put on hold.” Evidently, that shared belief between Trump and Zinke had an expiration date.

Incidentally, two of Trump’s sons, Donald Trump Jr. and Eric Trump, came under heavy fire in 2012 and again in 2015 over photos of the two posing with dead big-game animals in Zimbabwe. In one of the photos, Trump Jr. is shown holding the severed tail of an elephant.

The decision to allow imports of elephant trophies comes just about a month after the Guardian published a report on murders of environmental and animal rights activists globally. On the African continent, poachers and the illegal wildlife trade were the greatest threats to the lives of activists. According to the Guardian, five people were killed (likely by poachers and miners) in the Democratic Republic of Congo last year, and elephant conservationist Wayne Lotter was murdered as he was taking on ivory trafficking groups.

The Guardian reported separately last year about a new elite force of women anti-poaching rangers who are dedicated to fighting poachers in order to conserve wildlife populations and local ecosystems. Operating in the lower Zambezi Valley of Zimbabwe, the all-women unit of rangers is working to preserve ecosystems that are under threat due to high levels of commercial hunting. Victor Muposhi, a conservation biologist with Chinhoyi University of Technology, told the Guardian that, “Five years from now, if we do not have other options, then it will not be viable to save these areas.”

Given that Trump’s family has a history of big-game hunting in Zimbabwe, it might not be hugely surprising that animal conservation isn’t high on his list of priorities. Not only is the president making it more challenging for people in the United States to find invaluable information about animal welfare and safety, but he’s also making it easier for people to damage ecosystems abroad.