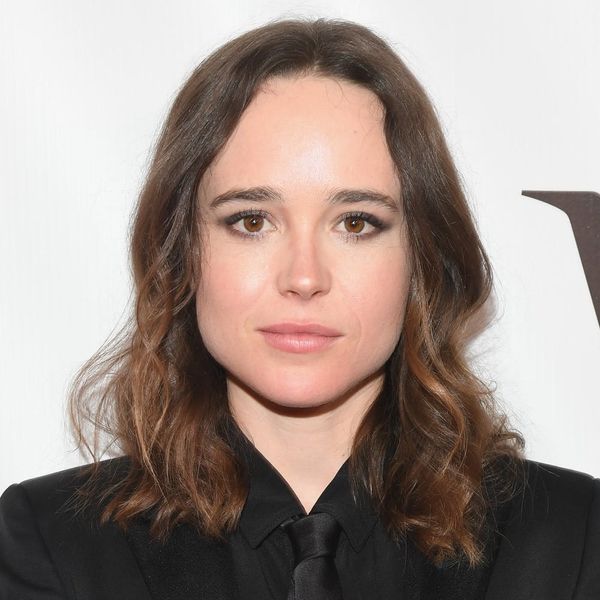 Dylan Farrow, former stepdaughter of Woody Allen, continues to tell her story of alleged abuse at the hands of her father, and though it’s been over 25 years since allegations first went public, only recently have celebrities begun to speak out against the famous director.

There are still some who defend their decision to work with Allen, like Kate Winslet. And only recently, in light of mounting pressure, has Gerwig publicly condemned the director, vowing never to work with him again. Even Justin Timberlake was taken to task for wearing a Time’s Up pin to the Golden Globes while promoting his recent film — one directed and written by Allen — yet remaining silent about accusations against the director.

But for every celeb who won’t speak out, there are many who will, even those who have recently worked with Allen. Here are some of them:

Back in November of last year, Page came forward with claims of homophobia and harassment at the hands of director Brett Ratner. In her heartfelt Facebook post, the actress and activist said that working with Ratner was not the only abuse she’s faced in Hollywood, and added that working with Allen was, “the biggest regret of [her] career.” (Photo via Sonia Recchia/Getty)

Chalamet is one of the stars of Allen’s upcoming film A Rainy Day in New York. In an Instagram post this week, Chalamet said that working with Allen was something he doesn’t want to profit from, and he donated his entire salary from the move to RAINN, Time’s UP, and the LGBT Center of New York. His reasoning? As a young actor, he’s learning that accepting a role in a movie isn’t just about the celebrity attached, and a good role shouldn’t be the only factor in accepting a job.

Hot off her incredible Golden Globes call-out, Portman sat down with Oprah Winfrey to tell the queen of awards show speeches, “I believe Dylan.” Portman worked with Allen in the film Everyone Says I Love You. (Photo via Paul Drinkwater/NBCUniversal via Getty)

Sorvino recently wrote an open letter to Farrow apologizing for working with Allen in Mighty Aphrodite (for which she won an Oscar), admitting that it took a lot of introspection to understand that the accusations against the director were serious. “I am so sorry, Dylan,” she wrote. “I cannot begin to imagine how you have felt, all these years as you watched someone you called out as having hurt you as a child, a vulnerable little girl in his care, be lauded again and again, including by me and countless others in Hollywood who praised him and ignored you.” (Photo via Rich Fury/Getty Images for DIRECTV)

Hall worked with Allen on A Rainy Day in New York as well as the 2008 romantic comedy Vicky Cristina Barcelona. Last week she wrote a lengthy post, shared to her Instagram account, in which she details her decision-making process, and how she, too, is donating her salary from the forthcoming Allen movie to Time’s Up.

“I see,” Hall explains, “not only how complicated this matter is, but that my actions have made another woman feel silenced and dismissed. That is not something that sits easily with me in the current or indeed any moment, and I am profoundly sorry. I regret this decision and wouldn’t make the same one today.”

I deeply regret working with Woody Allen on Wonder Wheel. It's one of my most heartbreaking mistakes. We can no longer let these men represent us in entertainment, politics, or any other realm. They are beneath real men.

Krumholtz appeared in Allen’s 2005 movie, Wonder Wheel, and in a tweet earlier this month, he said that working on the film is one of his, “most heartbreaking mistakes,” adding, “we can no longer let these men represent us in entertainment, politics, or any other realm. They are beneath real men.”

Brosnahan, who currently stars in The Marvelous Mrs. Maisel, worked with Allen on his 2016 Amazon limited series Crisis in Six Scenes. This week, Brosnahan told The Hollywood Reporter that she regrets working with Allen at all.

“Look, I had a great experience working on that project,” Brosnahan said. “Honestly, it’s the decision that I have made in my life that is the most inconsistent with everything I stand for and believe in, both publicly and privately. And while I can’t take it back, it’s important to me, moving forward, to make decisions that better reflect the things that I value and my worldview.” (Photo via Bobby Bank/GC Images)

Newman is an up-and-coming actor who has made an appearance alongside Chalamet and Hall on A Rainy Day in New York. In a series of tweets last fall, the actor made it clear he regretted working with Allen and that he donated his entire salary to RAINN. (Photo via Jamie McCarthy/Getty)

What do you think of actors that still work with accused predators? Tell us @BritandCo!