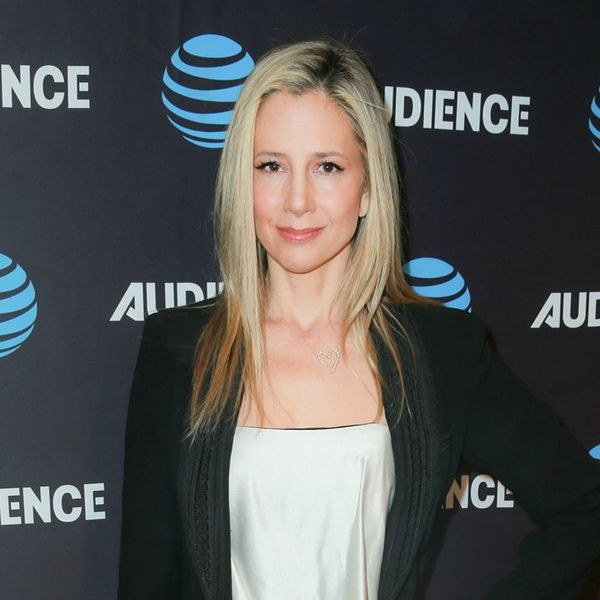 2017 was a year filled with apologies, and it looks as if 2018 will be one, too. But this year, so far, is turning out to be the year of the good apology. With Community creator Dan Harmon’s “master class” in apologizing coming out yesterday on his podcast, Harmontown, actress Mira Sorvino is following up with an apology of her own — but this one is directed at Dylan Farrow, who accused her former stepfather, Woody Allen, of child abuse for which he has never fully answered to.

In 2014, Farrow wrote an op-ed for the New York Times in which she detailed some of the abuse she says she suffered at the hands of the director. Her allegations stem from her parents’ 1993 divorce; at the time, it was alleged that Farrow’s assault at the hands of Allen had caused Woody Allen’s split from her mother Mia Farrow. Although the story was intensely scrutinized by the press, nothing seemed to happen to the director, even though the Connecticut state’s attorney at the time said he had probable cause to arrest Allen and chose not to.

Last fall, Farrow wrote another story, this time for The LA Times, asking why the #MeToo movement had spared her former stepfather. While actors like Kate Winslet (who has had no problem lambasting her former boss Harvey Weinstein in the press), Justin Timberlake, and Selena Gomez all continue to work for and praise the director regardless of the allegations, others, like Greta Gerwig, have finally spoken out against the director, which brings us to Sorvino.

In an open letter, Sorvino tells Farrow that she intends not only to apologize, but wants to let the younger woman know, she believes in and supports Farrow. She goes on to say that as a young actress, she was blinded by Allen’s star, and his ability as a director, and that at the time of working with him (in the film Mighty Aphrodite), she didn’t believe Farrow or her mother, Mia Farrow, which she also apologizes for.

“It is difficult to sever ties and denounce your heroes, your benefactors, whom you fondly admired and felt a debt of gratitude toward for your entire career’s existence,” she writes. “To decide, although they may be fantastically talented and helped you enormously, that you believe they have done things for which there can be no excuse. But that is where we stand today.”

Sorvino goes on to credit Farrow’s brother, journalist Ronan Farrow for giving her the impetus to seek out, ” publicly available details of the case I had ruefully never known of, which made me begin to feel the evidence strongly supported your story.” In looking at the evidence, Sorvino tells Farrow that she now believes, “that you [Farrow] have been telling the truth all along.”

“We are in a day and age when everything must be re-examined,” she says, referring to the shifting tide in listening to victims. “This kind of abuse cannot be allowed to continue. If this means tearing down all the old gods, so be it. The cognitive dissonance, the denial and cowardice that spare us painful truths and prevent us from acting in defense of innocent victims while allowing “beloved” individuals to continue their heinous behavior must be jettisoned from the bottom of our souls.”

“Even if you love someone, if you learn they may have committed these despicable acts, they must be exposed and condemned, and this exposure must have consequences,” Sorvino boldly states, adding of Allen, “I will never work with him again.”

50 year-old Sorvino concludes by admitting that coming to terms with her own biases as they pertain to Allen took, “a few weeks,” and that she’s not only grateful that Farrow has had the courage to speak up in light of her abuse, but how much integrity.

“[You are] one woman who has had to stand virtually alone all these years speaking her painful truth,” she concludes. “You are a true hero, and I stand with you.”

@MiraSorvino, I am overwhelmed and my gratitude to you cannot be expressed sufficiently in words. This letter is beautiful and I will carry your words with me. Your courage has been boundless and your activism an example for us all. From the bottom of my heart, thank you. https://t.co/8U73mb2twD

Farrow responded to Sorvino’s apology via Twitter, saying, “I am overwhelmed and my gratitude to you cannot be expressed sufficiently in words. This letter is beautiful and I will carry your words with me. Your courage has been boundless and your activism an example for us all. From the bottom of my heart, thank you.”

As the #MeToo movement grows, and Hollywood’s Time’s Up initiative start putting a spotlight on changing how women are treated in the world, more celebs are coming out in support of Farrow, insisting they won’t work with Allen, or other abusers again.

What do you think of Mira Sorvino’s apology? Let us know @BritandCo!