These Are the Healthiest and Happiest States in the US 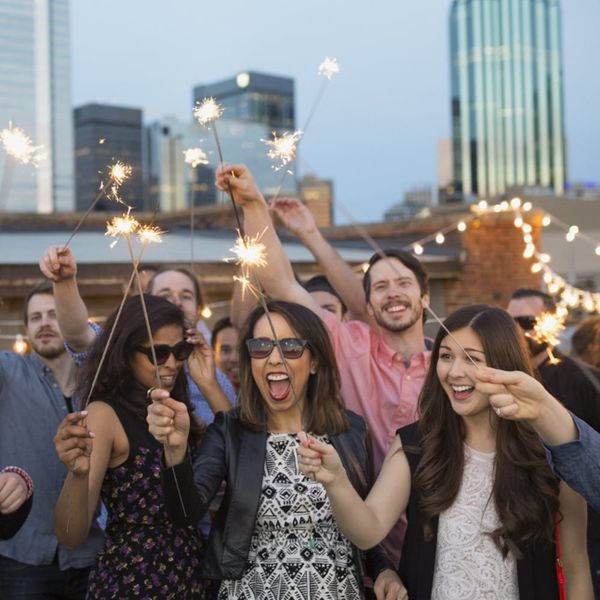 Girls’ night out, layered cookie cakes, completely crushing a great workout — there are plenty of things in life that make us happy. I mean, have you ever gone to a Beyoncé-themed party and not had a great time? While the place where you live might not be the first thing you consider when thinking about how happy you are, a new report from Gallup and Healthways is shedding some serious light on which regions have the highest level of well-being. Scroll down to find out who comes on top!

To determine their 2016 State Well-Being Rankings, Gallup and Healthways looked at five key elements of well-being:

Securing first place with an impressive 65.2, Hawaii blew the competition out of the water with the highest rating any state has scored in three years! The Aloha State can credit high marks in physical, financial, and community well-being for putting them on top. Alaska, South Dakota, Maine, and Colorado rounded out the top five.

Not all trends for 2016 were positive, though. The study found that some chronic conditions — like diabetes and depression — were at their highest point since 2008, and the number of Americans who report eating healthy daily was at a nine-year low.

The nation’s lowest-scoring state, West Virginia, clocked in at a measly 58.9, following the trend researchers found of states in the South and Midwest consistently lagging in key elements of happiness. West Virginia and Kentucky have passed the bottom slot back and forth for the past eight years.

But overall, 2016 was looking good! The nation’s average well-being score for last year was 62.1 — higher than the average in either 2014 or 2015. The 2016 results also showed historically low smoking rates, high physical exercise rates, and the highest scores recorded on health care access measures, including the greatest number of Americans covered by health insurance and visiting the dentist.

Do you think your state’s ranking is realistic? Tweet us @BritandCo!

Kelsey Nelson
Kelsey Nelson is a born-and-raised Ohioan living life in South Carolina. She thrives at binge watching Netflix, contemplating what to order at the bar and running any trail or road she can get her feet on. In addition to being a Brit + Co contributor, she writes about southern pleasantries, DIY mishaps and more at North Living South. If she isn’t writing or running, she’s off adventuring with her husband Brad and their Lab/Dachshund mix, Gordy.
Healthy Living
Health
Healthy Living science study
More From Health