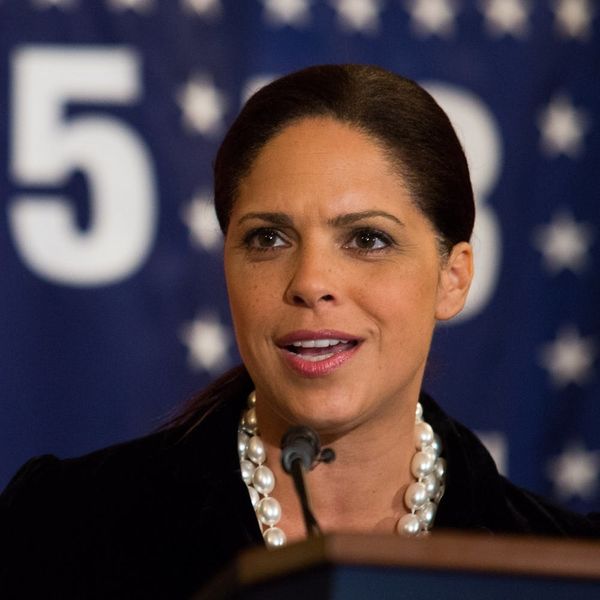 The New York Times Magazine recently put brought together a highly curated group of bright feminist minds to talk about “work, fairness, sex and ambition.” While some of it felt like an elevated rehashing of the same familiar talking points we’ve seen in every editorial about #metoo, Weinstein and the like, the ladies ended the conversation with something novel: a series of actual ideas about how we as a society can create a new way for men and women to relate in the workplace.

Anita Hill is perhaps best known for her 1991 testimony in front of the Senate Judiciary Committee during Clarence Thomas’s Supreme Court confirmation hearing. She pointed out early in the chat that, up until now, there may have been a consciousness that harassment is against the law, but no strong conviction that men should or would be punished for it. That is changing, and to some degree, Hill thinks the media is to thank for it:

“…The media’s real engagement in covering this issue today from the front page to the style section to the business section to the sports section is probably why we’re having such a great consciousness-raising moment.”

Laura Kipnis, a professor at Northwestern University and the author of Unwanted Advances: Sexual Paranoia Comes to Campus talked about the two historic feminist struggles: the one for civic rights — e.g. employment, voting, and politics — and the one for women’s rights over their own bodies — e.g. abortion, birth control, rape.

Lynn Povich, journalist and author of The Good Girls Revolt, points out how deficient the law has been in defending women against harassment.

The ladies talked about what it would mean to completely end sexual interactions in the workplace. No more hugging? Or peeking down blouses? No more consensual flirting? There was consensus that with the all-consuming nature of work these days, cutting out all interactions with a sexual or romantic undertone would be impossible.

One question women have been batting around: How to tell the difference between a joke and sexual harassment?Television anchor Soledad O’Brien talked about how a co-worker once sent her a text jokingly suggesting the two of them get a hotel room together.

“I said: ‘God, I would love a room at the Carlyle. I’ll tell you what — I will go and sleep by myself for eight hours.’ If I had said, ‘I am offended,’ that would not have worked. Absolutely not. I’d be perceived as not being a team player. Not fun. ‘You certainly don’t want her on your next project.’”

O’Brien says she felt fine about the interaction, with an important caveat:

“But he was not hierarchically above me,” she says. “If my boss had sent me that exact same note, it would have been uncomfortable and problematic.”

In other words, these jokes might be acceptable between peers on an even playing field, but never between a superior and his underlings.

Then there’s the fallout.

“When courts of law decide cases, they determine the term of punishment up front. We don’t have a clear way to do that in the court of public opinion,” said Emily Bazelon, a writer for the Times Magazine and the moderator of the talk. “And I do worry about lifetime banishment for some people. I also worry about due process.”

Yes, everyone seems to be worried about due process. In nearly every editorial and think piece on #metoo and the “national reckoning” around sexual harassment and assault the point is made that the punishment needs to fit the crime. These ladies take the conversation a step further by actually coming up with ideas for policies and processes that might allow this to actually happen.

Kipnis suggests following the example set by academia. Instead of banning interpersonal relationships at work, staff members should simply excuse themselves from making decisions that pertain to someone with whom they have been romantically involved.

“I’d rather overdo it on transparency than overregulate our lives and prohibit workplace romances out of some misguided fantasy of universal fairness,” says Kipnis.

Emily Bazelton takes it a step further, suggesting a model based on the idea of Escrow.

“The idea is that when you make a complaint, it stays locked away, and no one acts on it, until someone else makes a complaint about the same harasser. Then the information goes to the authorities. Or you could have a system that alerts the people who made the complaints about other complaints, and they decide what to do.”

What do you think of the women’s opinion? Tell us @britandco!

Lia Grainger
Lia Grainger is a freelance journalist and reluctant nomad who divides her time between Canada and Spain, weather dependent. She's written for The Atlantic, Reader's Digest, the Toronto Star and other print and online publications, and her work appears in dozens of languages around the world.
Controversy
Current Events
Controversy Feminism
More From Current Events