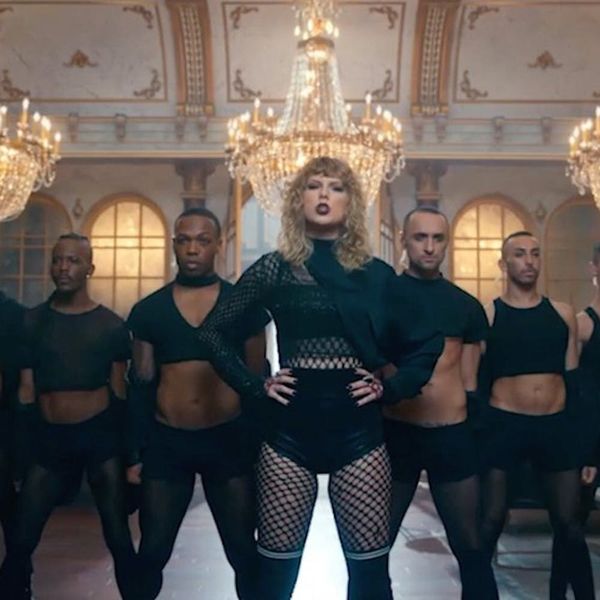 It took all of a second for fans to start dissecting Taylor Swift’s new single, “Look What You Made Me Do.” From allegedly calling out Kanye West to referencing her feud with Katy Perry, Swifties and haters alike found endless hidden meanings in the song’s visuals and lyrics. There’s a few fan theories, however, that were way off the mark: at least according to members of the singer’s crew, who worked with the songstress on the record.

For starters, there’s been much controversy surrounding the album’s release date: Reputation is set to drop on November 10, which just so happens to mark the 10-year anniversary of the passing of Ye’s mom, Donda West. Given Swift’s past with the rapper, some were quick to condemn the move as a cruel power play, calling it “horrendous, egregious and disgusting.”

Now, a publicist for the songstresses’ record label is clearing up the drama, saying that the date coincidence was completely unintentional. “It is standard practice that releases come out on Fridays and we locked in this release date based on other Universal Music Group releases,” the record label rep told People, stressing the fact that “there is no correlation.”

Then, there are those Beyoncé comparisons that came swiftly (pun intended!) after the musician dropped her teaser trailer video for “Look What You Made Me Do,” which featured her in a black leotard surrounded by backup dancers in similar getups. The clip, for many, was eerily similar to that of Queen Bey’s “Formation” video, but according to the video’s director, Joseph Kahn, she was not his inspiration — far from.

I've worked with Beyoncé a few times. She's an amazing person. The #LWYMMDvideo is not in her art space. Love and respect to Bey.

“I’ve worked with Beyoncé a few times,” he began. “She’s an amazing person. The #LWYMMDvideo is not in her art space. Love and respect to Bey.”

What’s more, Kahn says fans should reserve judgment until they see the final product, as “there’s something to that “Formation” shot I painted out and you haven’t seen yet. Stay tuned Sunday :) ”

The full vid is set to premiere during Sunday night’s MTV VMAs.

Are you excited for the debut of Tay’s new music video? Tweet us @BritandCo.

Barbara Pavone
Barbara Pavone is a pop culture-obsessed writer based in beautiful (but ridiculously cold) Montreal, Canada. When she's not working, she's sipping on a Pimm's Cup and daydreaming about her celebrity hero, Saint West.
Beyonce
Music
Beyonce Taylor Swift
More From Music