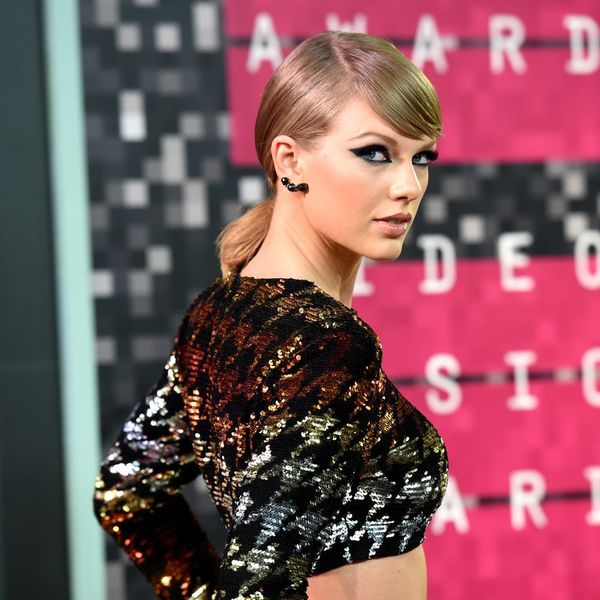 It’s here! After a long wait and multiple cryptic Instagram teases, Taylor Swift released her new single, “Look What You Made Me Do,” late Thursday, August 24.

The song is darker than anything Swift has released before, with a brooding hook and relentless beat. She even alludes to the shift in her sound — and perhaps in her life — during a spoken section in the middle of the song. “I’m sorry, the old Taylor can’t come to the phone right now. Why? Oh, ’cause she’s dead.”

As fans anticipated, the lyrics send a strong message to her haters. She sings, “No, I don’t like you,” twice in the opening verse. And there’s a sense of defiance in the chorus: “But I got smarter, I got harder in the nick of time / Honey, I rose up from the dead, I do it all the time / I’ve got a list of names and yours is in red, underlined / I check it once, then I check it twice / Ooh, look what you made me do.”

Swift first teased the song with a clip of a snake’s tail on Monday. She posted two more snake clips, sans captions, on Tuesday and Wednesday before finally announcing her new music. “Look What You Made Me Do” is the first single from her upcoming album, Reputation, out in November.

Just before midnight on Thursday, she released the track on iTunes and Spotify. “..ready for it? New single #LookWhatYouMadeMeDo out now,” she captioned a post about the song. “Pre-order #reputation (link in bio) and find out about tickets and merch at taylorswift.com.”

...ready for it? New single #LookWhatYouMadeMeDo out now. Pre-order #reputation (link in bio) and find out about tickets and merch at taylorswift.com

What do you think of Taylor Swift’s new song? Tell us @BritandCo.