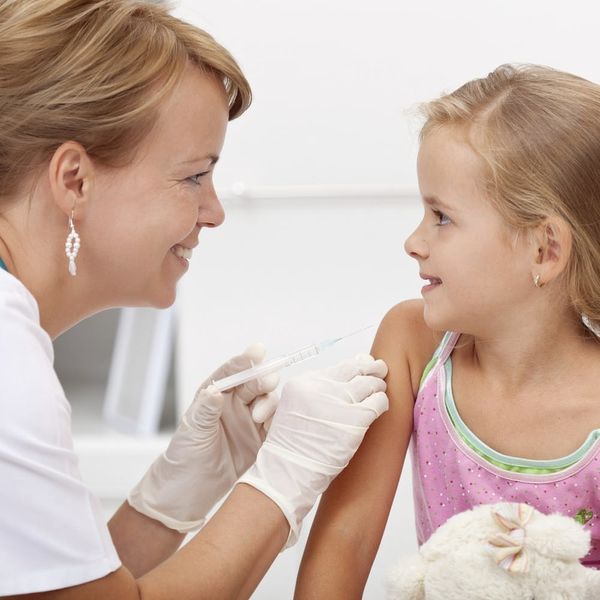 When it comes to the debate around vaccinating children, there is not only a slew of information floating around the Internet; there’s also an overload of misinformation causing parents concern and confusion (thank goodness Bill Nye is coming to save the world with his trustworthy facts). One mother who decided to NOT vaccinate her children has now changed her mind after all three of her daughters became painfully sick, and now says that her decision “put my kids at risk.”

There’s no doubt that becoming a parent is daunting and comes along with more info than anyone could possibly remember — plus, the advice that you receive increases a million-fold when you log onto the Internet. With the mountains of information also comes misinformation, and identifying which facts are reliable isn’t always easy.

This is the case with the debate regarding vaccinating children. For every doctor out there saying, “Pleeeeeeese, vaccinate your kids,” there’s also a contradictory website telling you how dangerous it supposedly is. That’s why one Chicago teacher and mother, Kristen O’Meara, decided against vaccinating her children. Despite her conviction at the time that it was the right choice, she now feels differently after all three of her children under the age of seven, along with herself and her husband, contracted rotavirus, a serious illness that causes painful diarrhea, vomiting and dehydration.

Talking with Good Morning America, Kristen explained that her initial choice was based on her own Internet research. “I scoured everything I could possibly find about why vaccines might be harmful. I became pretty convinced.”

And she’s not alone. According to a recent study from the American Academy of Pediatrics, parents refusing to vaccinate their children for non-medical reasons has increased 74.5 percent to 87 percent between 2006 and 2013. This has resulted in the reappearance of unnecessary illnesses like the one Kristen’s family suffered through. “I should have taken more time to research both sides,” she now says.

She also added in a New York Post article (called “I was an anti-vax crackpot—until this happened”), “I’m frustrated with the amount of misinformation I encountered when I set out on this journey. But in the end I am thankful, for the sake of Natasha, Áine and Lena, that I was able to reassess my position and accept information that is based on well-established, sound scientific evidence.”

What do you think about child vaccinations? Tweet us @BritandCo!

Desiree O
Desirée O is a ‘Professional Bohemian’ who loves anything and everything related to the arts, entertainment, and pop culture. She ADORES being a ‘Newsy’ for Brit + Co, covering all of the latest tidbits of awesomeness that you want to read about. When she’s not writing, she’s either making messy art, going on long adventurous walks with her camera, or poking around over at bohemianizm (http://www.bohemianizm.com/). You can find out about Desirée O and her work at http://DesireeO.com/ or follow her on Twitter @DesireeO.
Health
More From Health