This Dresser Has the Internet Arguing Over Its Color 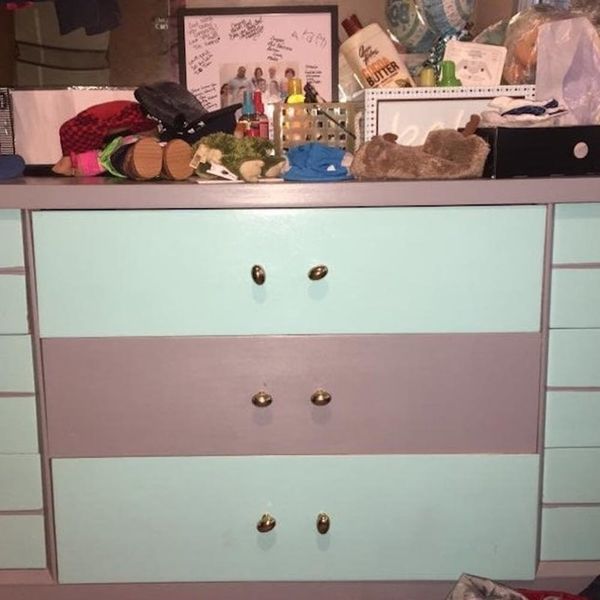 We’ve seen several maddening optical illusions since we were first introduced to the now infamous “dress” back In 2015, with each one sending internet spiraling into a divided frenzy over its color, including a pair of Nike shoes and some blue and black flip-flops. Now, we’ve got one more to add to the growing list with a dresser that can be seen several ways.

Is this chest of drawers Blue & Grey or Pink & White?

This time around, the chameleon-esque object in question is… a dresser. Reddit user agamiegamer posted a pic of the the furniture piece to his page asking others what colors they saw. “”Pink & White or Blue & Grey?” the poster asked.

While most responded pink and white, a few insisted they saw blue and grey. There were also the outliers who swore they saw “very light blue-green and pink” or “lime green and grey.”

In an attempt to settle the debate once and for all, one user whipped out their handy dandy Photoshop skills. “Changed the white balance to match the whiteboard on the dresser,” they noted. “Blue + Grey.”

Here's the photo with the correct white balance doesn't matter what #color it is the dresser is #ugly #pinkandwhite #Blueandgrey pic.twitter.com/caQPofqIUu

But just when it seemed the mystery had been solved, another user created what they called a “more accurate” color balance in Photoshop , arguing, “…it’s clearly white and pink…” Sigh.

Despite the healthy debate and numerous theories, the original poster did provide an answer,, stating that the dresser is, in fact, blue and grey. Nevertheless, some incredulous pink and white advocates are still questioning the claims and honestly, we don’t even know anymore!

If anyone needs us, we’ll be over here marveling at the phenomenon that is known as color perception.

Which color combo do you see? Let us know @BritandCo!