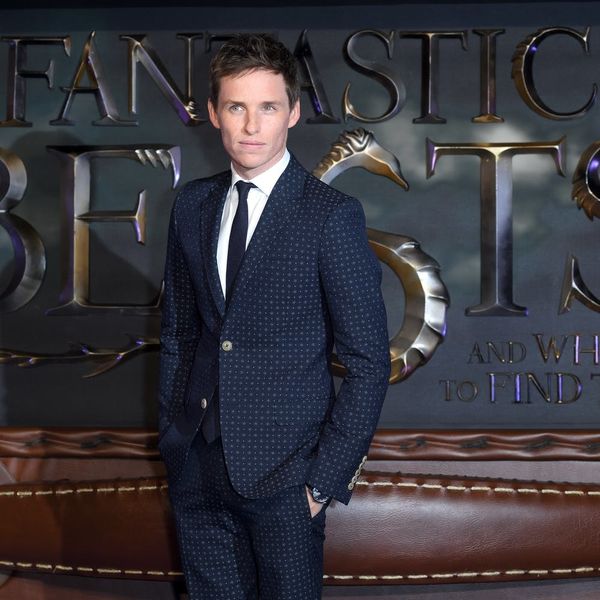 We have to wait until later in 2018 to actually see the sequel to Fantastic Beasts and Where to Find Them, but the filmmakers decided to drop an early hint about the movie by way of the franchise’s official Twitter account today, and it’s drumming up all sorts of excitement from Wizarding World fans.

The Fantastic Beasts Twitter posted a still image of what looks to be an application for a travel permit from the Ministry of Magic for Newt Scamander (Eddie Redmayne). “Name of Applicant: Newt Scamander, Profession or Occupation: Magizoologist,” the caption read.

Just from the photo, we’re seeing a lot of information that could play into Fantastic Beasts 2. It looks as if Newt’s travel application request has been denied by the Ministry of Magic. The denial reads, “SUBJECT UNCOOPERATIVE AND EVASIVE ON REASONS FOR LAST TRIP.” Does this mean the Ministry doesn’t really know what happened in New York when Newt lost an entire magic suitcase full of beasts?

Obviously, Newt is going to need help getting through his next adventure, and maybe this denial is the catalyst for the entire second movie. We already know that the sequel is going to see the likes of Johnny Depp (as Grindewald) and Jude Law (as a young Dumbledore), and that it takes place a few short months after the events of the first film.

Unfortunately, we’ll have to wait 13 months to get the answers we so desperately want. The Fantastic Beasts sequel hits theaters in November 2018.