This Is the Right Way to Stay Friends With Your Ex 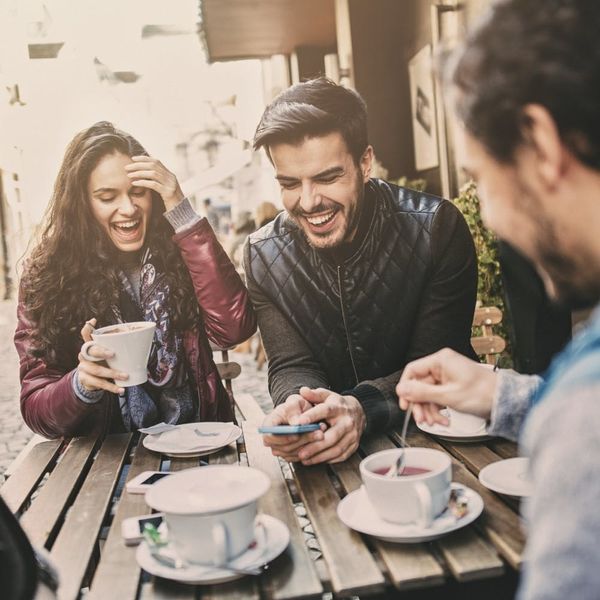 When you break up with someone, there are plenty of routes you can take to forget about them. Download every dating app. Try on an “ex-boyfriend blazer.” Throw Taylor Swift-style shade. Or, you can keep your ex in your life and try being friends. But should you?

According to a study published in the journal Personal Relationships, a lot of people stay friends with their ex to keep them around as a “backup plan” — even when they meet someone new. The study took a close look at how communication between former partners affects a person’s current relationship, and the results might be jarring enough to make you quit swapping emoji with your ex cold-turkey. Especially if all the digital hearts and flowers he’s sending have you mixing up whether it’s your BFF or wannabe-BF who’s texting you back.

In their first study, researchers surveyed 260 undergraduate students who’d been in relationships for at least a month, and who had dated someone else previously for at least three months (the amount of time research has shown it takes the average relationship to be “committed”). Around 40 percent of participants still kept in touch with their ex, and were more likely to report that they still had some romantic feelings for them. They also reported lower commitment to their current partner.

In a second study, the researchers also looked at frequency and motives for communication between former partners. For example, if you keep in touch by default because you still have a lot of shared friends, that’s very different than stringing someone along because you’re still harboring feelings for them or keeping them around “just in case.” And in the research data, the latter correlated directly with satisfaction level in a new romantic relationship. High frequency of communication between exes was also an indicator of trouble in new-couple paradise.

The research isn’t saying that staying in touch with your ex is universally good or bad, but it does highlight that there are undeniable risks and issues with it and how important it is to be honest with yourself about your intentions. So to find out more about how to pull off a healthy friendship with an ex, we asked relationships and dating coach Lindsay Chrisler for her take on the viability of being friends post-breakup, and how to pull it off without anyone getting hurt (or at least how to do your best to prevent that).

“I think it’s tricky, but it’s totally possible,” she says. “It takes a lot of trust, and a lot of self-awareness, and a lot of honesty.” She’s actually successfully made the transition herself, but she stresses that it takes a lot of hard work, and there are no guarantees. The hard truth: “For most people, it’s probably not that worth it.”

1. Are they actually friend material? “Is the relationship still supportive and healthy and loving? If it is, then maybe they’d be a good friend for you,” Lindsay says. “But when you take away the romantic fantasy, or you’re growing and changing and they don’t grow and change with you, then it’s more helpful to let them go.”

2. Be honest about those weird feelings. The romantic feelings you have for each other aren’t going to just completely wash away overnight, and sometimes they’re hard to ever let go of. “You have to be able to talk about this uncomfortable friendship that you’re both in,” says Lindsay. If you’re not being honest with each other about how you’re really feeling, things are going to get complicated, and someone’s going to get hurt. And it needs to be 100 percent clear that a romantic or sexual relationship is entirely off the table, especially if you’re in another relationship now.

3. Know your boundaries and stick with them. If things are going just fine in your new relationship but then an ex pops back up in your life and you feel confused, that doesn’t mean you’re doing anything wrong. “Sometimes even though you’re in love, you can still have feelings for somebody else,” says Lindsay. “But you do have to at some point let it go, and say no, we’re not doing that, we have boundaries, and we are keeping those boundaries.”

And if your ex can’t respect your boundaries and your new relationship? That might be a sign not only that you two shouldn’t be hanging around each other, but that they’re not actually all that great a friend. “A true friend wants you to be happy in love and get what you want regardless of them and what they’re getting,” Lindsay explains. “They may be disappointed, or heartbroken, or sad — but if they’re a true friend, they’ll not only get over it, they’ll be able to support you in your happiness.”

Have you ever tried staying friends with an ex? Tweet us your tips @BritandCo.