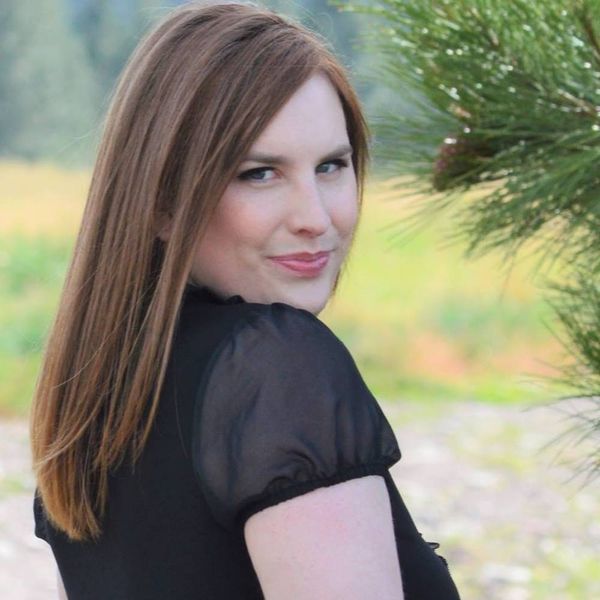 The Miss Montana USA pageant is breaking new ground this weekend, as the first openly transgender woman will be competing for the crown to go on to participate in the Miss USA competition.

For Missoula-based activist and contestant Anita Green, her decision to enter the competition was a way for her to “try something different,” according to an interview with People.

“I wanted to do something that I thought would be fun and challenging, and this certainly has been challenging for me,” Green told the mag. “This also gives me an opportunity for my voice to be heard.”

While she’s unsure of how the competition will go, she hopes her decision to enter the contest is what makes a difference. “I hope that competing inspires other transgender people to feel confident in themselves, and to feel comfortable to be who they are and not be ashamed of their transgender status,” she said, while also applauding the Miss Universe organization for being so open with her addition to the competition.

Miss Montana isn’t Green’s first moment in the spotlight, however. During the Democratic National Convention in 2016, she became the first transgender delegate from Montana, casting her historic vote for then-nominee, Bernie Sanders.

In preparation for her time on stage, Green says she has been working out six days a week, eating healthier, and has had her boyfriend quiz her in preparation for the interview portion of the pageant.

In her everyday life, Green works with people with disabilities and is a social activist, supporting her local LGBTQ+ community by pushing for fairer laws that would make the lives of queer folks easier. She has a Bachelor of Arts degree in Sociology with an emphasis in Inequality and Social Justice and a minor in Communications from the University of Montana.

According to her Miss Montana USA profile, Green hopes that her entrance into the beauty pageant helps inspire other transgender women to achieve their own goals, which is why she went the Miss USA route. Of the Miss USA parent organization, Miss Universe, she told People she was thankful for the organization. “Women oftentimes have their voices suppressed, and I think that the Miss Universe organization gives women the opportunity to shine.”

Will you be following the Miss Montana pageant this weekend? Tell us @BritandCo!

Kat Armstrong
Kat has been a writer, social media maven and mom for longer than she's willing to admit. She's also spent time in front of and behind the camera, interviewing celebs, politicians and acting as a producer for fashion and artistic photography shoots. When she isn't writing for various orgs and publications, she's hanging with her kids, husband and French Bulldog, Peter, in Toronto, Canada.
inclusivity
Gender Issues
inclusivity transgender