This New App Reminds You Take a Break from the Internet 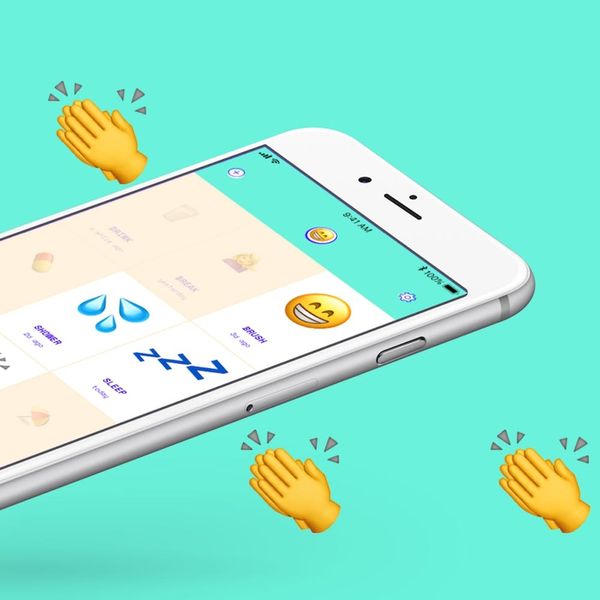 Self-care can come in many forms, from meditation to essential oil diffusers or even your nightly skincare routine. But for some, and especially with the current news cycle, even the most basic of tasks that are fundamental to physical and mental well-being can be hard to stay on top of.

Aloe is an app that uses gentle reminders about little things that go overlooked but that make a big difference in restoring and rejuvenating your mind and bod: things like staying hydrated, taking medication, remembering to eat lunch — or even taking a break from the internet. We need this app, like, yesterday, and based on how quickly its Kickstarter is growing, we’ll hopefully get to see it soon.

Aloe was created by Amber Discko when, after the 2016 election, she found herself depleted and in need of some help getting back on track.

“I was working on the Hillary Clinton campaign as a social and creative strategist, and I wasn’t remembering to do basic tasks like eating or drinking water because of the intense stress and pressure to further the cause,” Discko tells Brit + Co. “When I finally realized this was hurting me, I turned to my community to seek resources and tools to help me get back to my usual self. I became frustrated with the apps available in the marketplace because of how they looked and made me feel for not using them, which is really what motivated me to start building.”

Self care has largely come to be understood as pampering yourself or buying yourself something after a bad day. These practices might work for some people, but Discko knows not everyone can afford to “treat yourself,” so Aloe will be free in the App store. She also hopes that it can help “fill the gap” in self-care for some of the most vulnerable and deserving communities.

“Queer and trans folks, especially POC, are affected by both mental health issues and income inequality, which is why the app could be perfect for anyone who struggles with taking care of themselves in a world that judges them harshly,” Discko says. “I’m hoping Aloe can be a pocket companion to mental and public health services and a sigh of relief for those who struggle daily.”

Currently, Discko herself relies on a hodgepodge of tools to help keep her mindful, including Aloe’s web check-in, a list-making app, Google Calendar, and her iPhone alarms. She hopes to streamline everything into one place and three main features with Aloe for easier ongoing accountability: reminders, check-ins, and a space to reflect on your day.

“My belief is that if you think of making time for yourself less as time spent and more like a necessary maintenance throughout the day,” Discko says, “you’ll begin to feel less selfish and more responsible for how you feel.”

At the time of writing, Aloe is a little over halfway to its Kickstarter goal of $40,000, and if it gets enough backers by August 31, the first version is aiming to be launched by January 2018 (the perfect companion for the New Year’s resolutions, no?).

“We’re living in a society that’s always said to ‘take care of yourself,’ but not too much, and it’s starting to catch up with us all,” Disco says. “I’ve said this on the Kickstarter, but I believe people are finally realizing that we can’t wait until everything is awful to take care of ourselves.”

For more info or to throw a few bucks its way if you’re able to, check out Aloe’s Kickstarter page right here.

Would you use a self-care app like Aloe? Let us know @BritandCo!