This Nike Outfit Is *The Dress* All Over Again 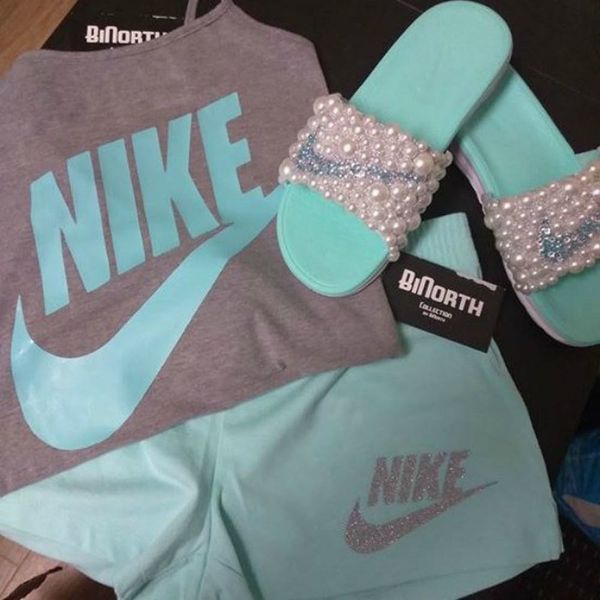 Way back in 2015, the internet went bonkers over #TheDress. Was it white and gold or blue and black? Though science explained it was all a matter of how individuals perceive color and light, we were at it again with a pair of flip flops in 2016. Lest 2017 be outdone, a Nike fan on Facebook posted a pic of some workout gear — and it’s the dress all over again.

Rachel Stewart posted an image to her Facebook account of a tank top, shorts, and embellished sandals, captioning it, “Dunno how others see anything other than pink and white?” and thus, #TheDress2017 was born. It seems like Stewart created this summer’s buzziest outfit without even trying — the post has hundreds of comments and shares.

And since we can’t seem to get enough of these optical illusions, BuzzFeed had readers chime in with a poll. Their results? After over 500,000 views, 93 percent of folks say they see gray and turquoise, not pink and white like the OP. We’re left wondering if anyone actually sees pink in this picture.

For what it’s worth, the company selling the outfit, BiNorth Collection, clarified exactly what color the outfit is, saying, “Hey guys this is Blue and Gray, NOT Pink and Gray.”

So there we have it. Case closed… for now.

Have you ever been tricked by an optical illusion? Tell us @BritandCo!

Kat Armstrong
Kat has been a writer, social media maven and mom for longer than she's willing to admit. She's also spent time in front of and behind the camera, interviewing celebs, politicians and acting as a producer for fashion and artistic photography shoots. When she isn't writing for various orgs and publications, she's hanging with her kids, husband and French Bulldog, Peter, in Toronto, Canada.
Style News