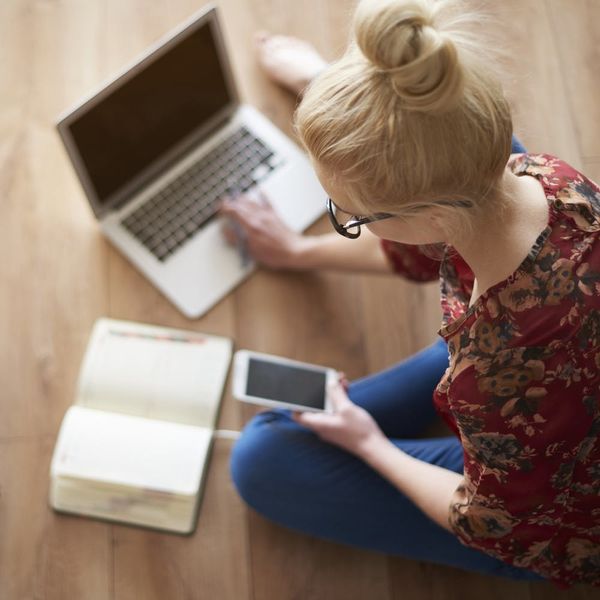 We all want to be more productive — at least, those of us who want to get done with the boring stuff so we can move on to enjoying the fun stuff! Different people accomplish this in different ways, like getting up 10 minutes earlier than normal to really enjoy that cup of coffee or taking naps. Others work to improve their daily lives by trying out the latest productivity app. Evernote has long been a fan favorite, especially for its ability to clip useful articles and resources from the web, but we want to tell you about a little app called Bear.

Bear is a gorgeous new app for macOS and iOS (just look at that minimalistic design!) that has gone back to the basics and reimagined how people write. It even earned 2016’s App of the Year on the App Store. What makes it so great? We’ll break it down for you.

One UnifiedNotebook: Unlike Evernote, which utilizes different “notebooks” to corral your ideas, Bear has a single notebook, where your notes are organized with the most recent first. You can also swipe right on any of your notes from the main screen and pin them to the top if you want. Top of list = top of mind, right? Right.

Easy-to-Understand, No-FrillsSidebar: Bear’s sidebar is the easiest way to move between your tagged notes. For example, you can tag your to-dos, grocery lists, anything pertaining to a certain project, etc. You could even use it to plan your wedding or another big event. Sort of like Evernote’s notebooks, but much simpler. The default tag for the app tour is #welcome.

Easy Import and Export (Among a Load of Other Settings): One of the best parts about Bear is the ability to export your notes (which are written in markdown, ideal for converting your documents between formats). Export formats include HTML, TXT and DOCX, although you have to subscribe to Pro for some formats. You can also import notes. For those of you who want to try Bear but just don’t want to go to the trouble of moving everything over from a service like Evernote, don’t worry! Importing from Evernote is super easy; just export your Evernote notes into an .enex archive (see this export guide) and import the .enex into Bear. On your Mac you can import your notes by selecting File -> Import Notes from the menu bar. On iOS, just go to Settings > Import & Export.

Ultra-Simple Editing: Editing is as simple as hitting the little red button in the bottom right of the main screen to compose a new note. From there, you have a few formatting options: headings, horizontal lines, bold and italics, tags and even photos. These formatting tools are especially useful if, for example, you keep a blog or are writing essays (or other long-form documents).

Useful Info at aGlance: If you tap the info button in the top right corner of the compose screen, an info sidebar like the one above will slide over and show you relevant stats about your note. It will show you the date and time of when it was last modified, as well as paragraph, word and character count and even how long it would take to read the note. You can also export directly from the note, just by tapping one of the formats at the bottom (don’t forget — you have to upgrade to Pro for $1.49 a month to unlock some formats).

Overall, Bear is really useful and has a much shallower learning curve than Evernote. So if you aren’t super attached to some of Evernote’s more signature features, like the web clipper, Bear should serve you just fine. The app’s ability to sync your notes between the desktop and iOS versions makes it easy to pick up where you left off — even if you left off mid-sentence.

What do you think of Bear? What are your favorite productivity apps? Tell us @BritandCo!

(Photos via Getty and Bear)

Shea Lignitz
Shea can be found in the nearest bookstore or brewery, exploring the great outdoors, or blasting Led Zeppelin. She grew up in the cold and rain of Northern California's redwoods but is currently wandering around Texas.
Android Apps
Tech
Android Apps Tech News