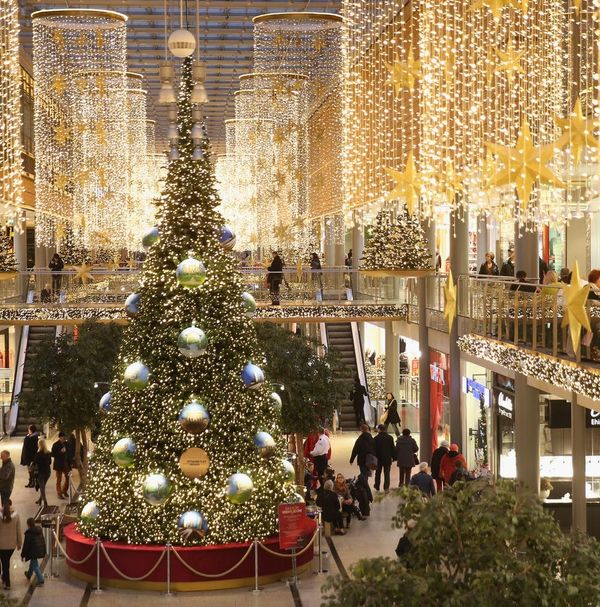 With Thanksgiving freshly passed, many of us are already getting ready for the December holidays. Some eager people have already put up their Christmas trees, and many stores didn’t even bother to wait for Thanksgiving birds to be cooked before starting back up with their holiday Mariah. But while many revel in holiday cheer, one UK researcher argues that listening to holiday music too early in the season can actually be terrible for your mental health — especially if you’re forced to “Deck the Halls” before December.

Clinical psychologist Linda Blair says that for many, the holiday season can be stressful, so adding holiday music into the mix can add to those feelings. This can be doubly painful for those working in retail, with many major retailers blasting the holiday tunes as of November 1, the “Christmas creep,” can cause anxiety otherwise not associated with the holidays.

“Christmas music is likely to irritate people if it’s played too loudly and too early,” Blair told the UK’s Sky News. “It might make us feel that we’re trapped — it’s a reminder that we have to buy presents, cater for people, organize celebrations. Some people will react to that by making impulse purchases, which the retailer likes. Others might just walk out of the shop.”

It’s a risk some retailers are willing to take, however. CBS News says that Best Buy starts their Christmas music a full two months before the holiday, while stores like Target, Nordstrom, and others wait until Black Friday to get their jingle on.

On a happier note, some mental health professionals back the idea that putting up holiday decor early can actually bring a sense of happiness and joy to those who love the end-of-year festivities. As psychoanalyst Steve McKeown told UNILAD, this sense of well-being may occur because the simple act of decorating floods the brain with joyous childhood memories, giving people a sense of comfort and calm (think of it as a Christmas hygge).

When do you start getting into holiday music? Tell us @BritandCo!

Kat Armstrong
Kat has been a writer, social media maven and mom for longer than she's willing to admit. She's also spent time in front of and behind the camera, interviewing celebs, politicians and acting as a producer for fashion and artistic photography shoots. When she isn't writing for various orgs and publications, she's hanging with her kids, husband and French Bulldog, Peter, in Toronto, Canada.
Christmas
Womens Health
Christmas Mental Health
More From Womens Health