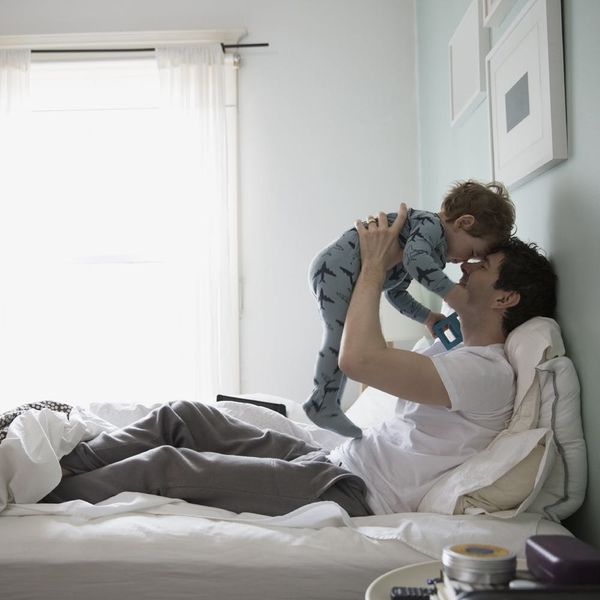 There are many different ways of celebrating Father’s Day. You can grill with Pops, treat him to a thoughtful gift or sit down and nurse an old fashioned cocktail together. But what about the single dads your age? They deserve a happy Father’s Day, too. And nothing says “Happy Father’s Day” quite like a study proving that single women are on the prowl for a single dad.

According to data from Zoosk, 83 percent of single women are “likely to date a single father.” (Although it’s not entirely clear what “likely” means in this case.) Why consider a single father as a potential partner? Let Zoosk count the ways. Apparently single dads are more discerning in dating, more wont to take things slow and possess more emotional maturity than their childless counterparts. Of the men surveyed, about 44 percent reported that they put things like their children’s emotional needs before a relationship. Responsibility is very sexy.

And for those on the prowl, Zoosk says that the best cities to find a single dad are Houston, Los Angeles, New York, Chicago and Miami. Do with that information what you will — just remember to wish any and all single dads you wander across a happy Father’s Day.

Cailey Rizzo
Cailey is a junkie for all things pop culture. She studied journalism and English literature at SUNY Purchase, then continued studying French cinema and literature at Paris IV Sorbonne. She currently lives in New York where she can often be found singing '70s music at karaoke bars.
Apps
Tech
Apps Dating Father's Day study