This Vermont Democrat Could Become the Country’s First Transgender Governor 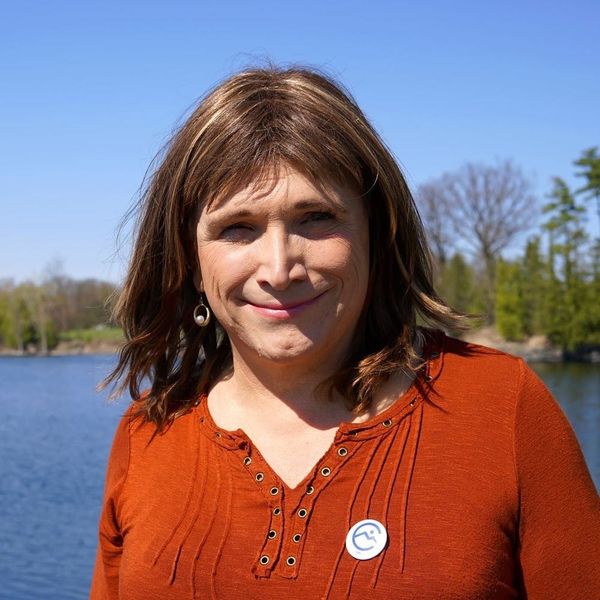 In Tuesday’s primaries in Vermont, former energy company executive Christine Hallquist is joining 14-year-old gubernatorial hopeful Ethan Sonnenborn on the ballot, making the race one to watch for reasons besides the age of the young candidate: Hallquist is the first openly transgender woman vying for the position. If elected, she would become the nation’s first openly transgender governor in history.

Hallquist is already a trailblazer. She was the first CEO to openly undergo gender transition while in her job at the Vermont Electric Cooperative in 2015 after 10 years on the job. She credits that life-changing moment for giving her the strength to run for governor.

“I tell people this isn’t the hardest thing I ever did. In fact, I think after transitioning everything else looks pretty easy,” she told The Guardian last week.

And even though she’s getting media attention for her gender, the political hopeful believes that it’s her policies, which include better wages, clean energy, and human rights, that will inspire Vermonters to vote for her. Outside of the state, she wants to be an emblem of trans visibility.

The Victory Fund, an organization that promotes and supports LBGTQ+ candidates across the country called Hallquist a “game changer.”

“Because she is open and authentic about the fact that she is transgender, that immediately takes away all the questions, all the whispers, and instead allows people to focus on her personality and what she wants to do,” Elliot Imse, communications director for the Victory Fund said in a statement. “People are liking what they’re hearing and that’s what’s really cool about Christine.”

While the candidate admits she voted for current sitting governor Phil Scott, a Republican, in 2016, she said that the current political climate, and particularly the policies and practices of President Trump spurred her to run for the Democrats this year.

Kat Armstrong
Kat has been a writer, social media maven and mom for longer than she's willing to admit. She's also spent time in front of and behind the camera, interviewing celebs, politicians and acting as a producer for fashion and artistic photography shoots. When she isn't writing for various orgs and publications, she's hanging with her kids, husband and French Bulldog, Peter, in Toronto, Canada.
LGBTQ
Politics
LGBTQ Politics
More From Politics