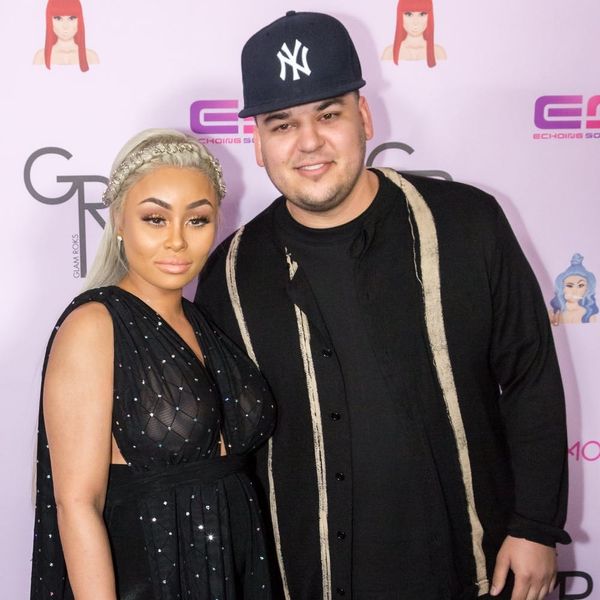 If there’s one thing we know about the Kardashian family, it’s that they LOVE to be on television. However, Rob Kardashian is kind of the black sheep of the family in this regard — he’s been notably absent from the series for the past few seasons, and has only come back to the scene (very publicly) since his recent relationship with Blac Chyna.

Even Khloé is shocked that her brother has decided to be out in the open, and she says in the trailer, “That Rob wants to be so public blows my mind.” Whatever their reasons, the soon-to-be-parents are soon going to have their very own show on E! called Rob & Chyna, and from what we can see in a newly released trailer for the six-episode docu-series, it looks like it’s going to be HIGHLY entertaining.

Some people are super excited to watch the new show.

Literally ME getting ready for Rob & Chyna.. I just saw the trailer!!! 😂😂👀 pic.twitter.com/XbYIEcCL7E

Many viewers are SO ready for the drama, even though it caught them a little bit off guard.

"Rob & Chyna" is going to be so messy and petty on so many levels🙃😊 pic.twitter.com/kYB7jn2rfj

lmfao Rob & Chyna is about to be my new show. I live for a good 'ole fashioned reality tv train wreck

Some latched on to the more heartwarming aspects of the trailer, rather than the drama.

The Rob and Chyna trailer is mad cute 😂❤️

I have a problem, I just teared up at the rob and chyna trailer "are u ready to be a daddy"

Others who aren’t even Kardashian fans were won over by the new trailer.

I despise the Kardashians with all of my soul. But I just saw the trailer for Rob & Chyna's show and I really wanna watch it.

And some Twitter users are just all-around excited for the show to premiere.

Rob and Chyna trailer is 🔥 🔥 👌 #RobandChyna

Blac Chyna and Rob Kardashian dating, getting engaged, and then getting pregnant with TWINS was honestly the biggest plot of 2016.

The trailer looks great, TBH — it has the mix of drama, family and love that the Kardashians are known for. There are guaranteed to be highs, just as there will be lows. We can’t wait to watch when the series premieres on September 11 of this year — we’ll just have to wait and see what happens!

Will you be watching Rob & Chyna? Tell us @BritandCo!