Uniqlo and Jil Sander Made the Best Basics Ever 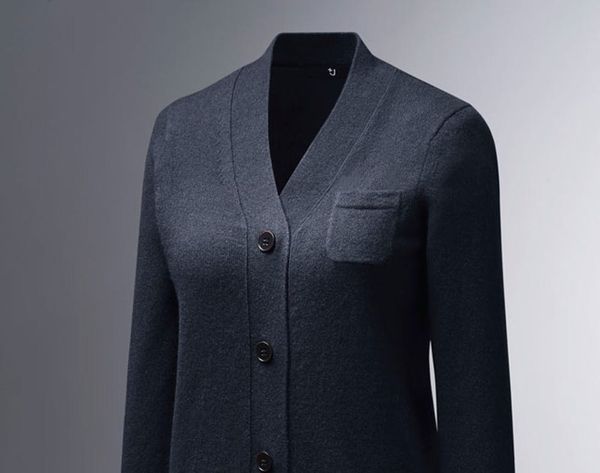 The fashion world is definitely preparing for the busiest shopping season ahead by releasing some of the most major designer collaborations we’ve seen all year. Joseph Altuzarra‘s luxe line just hit Target last weekend (What did ya get? What did ya get?); Alexander Wang and H&M (and Rihanna) just started teasing us with sneak-peek images of that gonna-be-mega collab; and Amazon just announced that it’s dipping its toes in exclusive fashion lines, too. Now, Uniqlo is making its fall fashion mark this October by bringing back its +J collection with Jil Sander — one of its most highly successful (and longest running!) collaborations of all time.

The line of modern and minimalist basics ran for five seasons after it debuted in October 2009, and came to a successful end in 2011. Three years later, it’s back after being one of the most talked-about collections of all time. Believe it or not, Uniqlo’s hardcore fans have continuously asked for its comeback. (Thanks U guys!).

So, here it is, renamed this time around as The Best of +J. You know what that means: the best of the best-selling items from past lines will be featured in this limited-time collection. Like its initial run, items from the upcoming The Best of +J collection includes 40 ultimate basics for her and him, including crisp white button-down shirts, cashmere sweaters and structured, office-ready dresses. Although it’s all about wardrobe staples, you can see that Jil Sander runway quality come into play by incorporating unique textures and sophisticated silhouettes.

If you had any doubt just how major this reboot is, Uniqlo is releasing The Best of +J in 15 global markets, including in the UK and Japan, as well as here in the US starting on October 3. The full collection will be available in select stores and online starting October 10. Pieces will range in price from $40 to $230 — and now that you mention it, it is about time to trade up that tried-and-true winter coat for one of Jil Sander’s premium down jackets.

What do you think about Uniqlo bringing back the collaboration? Do you think you will go to the store for this +J Collection? Tell us in the comments below!

Yuka Murai
As a fashion writer and official blogger at ELLE Japan, Yuka is always on the hunt for awe-inspiring stories, ideas and products from all over the world. Raised in Tokyo, she currently resides in the outskirts of Portland, OR. She has a two-year-old son and a newborn daughter.
Winter
Style News
Winter